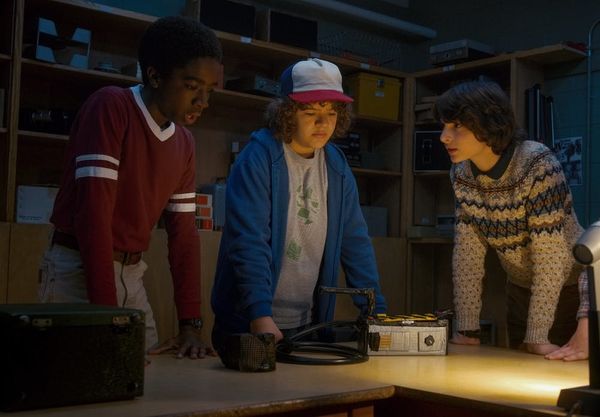 Stranger Things season 3 still has no firm release date, but Netflix just announced the titles of all eight of the upcoming new episodes, giving us some new clues to try to decipher before we head back to Hawkins, Indiana.

On Sunday night, the Stranger Things social media accounts dropped a short teaser revealing the titles as the show’s familiar electronic theme song played in the background. “In the summer of 1985, the adventure continues…” the tweet read. The episode titles, according to the video, are as follows:

In the summer of 1985, the adventure continues… pic.twitter.com/m3s6hyJL8k

The titles alone don’t give much insight into what we can expect from the upcoming episodes. But when paired with a promo released earlier this year, it’s clear that much of the new season will likely take place at the mall.

The previous teaser, which was released in July 2018, was a commercial for the town’s new Starcourt Mall, the seeming namesake of the upcoming season 3 finale (“The Battle of Starcourt”). There’s also an episode called “The Mall Rats,” and, though it could mean any number of things, the episode titled “Suzie, Do You Copy?” may reference mall employees using walkie talkies.

As we also saw in the July promo, Steve (Joe Keery) has a job in the mall at Scoops Ahoy Ice Cream Shop. Executive producer Shawn Levy said earlier this year that Steve would once again be a main fixture on season 3 as the show continues to explore the newfound friendship between him and Dustin (Gaten Matarazzo).

Do you have any theories on the Stranger Things season 3 titles? Let us know @BritandCo!