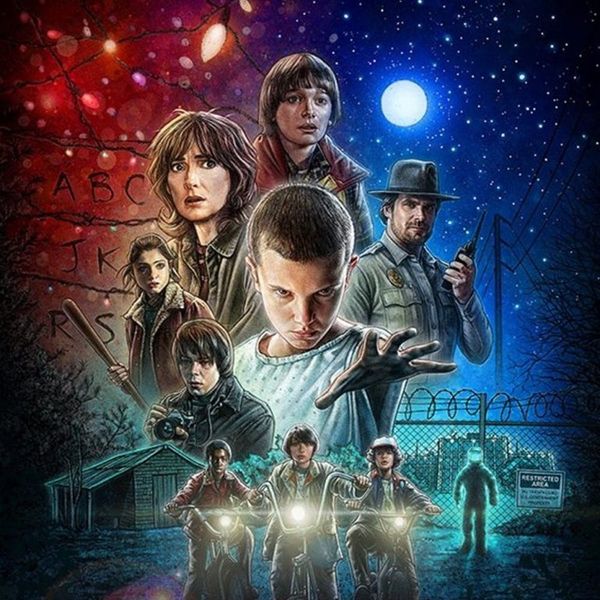 Stranger Things is undeniably one of the biggest binge-worthy shows of the moment, sparking an official ’80s-themed soundtrack, serious #squadgoals and season two news that will have you totally psyched. Among the stellar cast is 12-year-old Millie Bobby Brown, who plays Jane “Eleven” Ives, the telekinetic kiddo with a stare that will give you chills. And though it’s obviously Millie’s ace acting chops that have left an impression on fans, her transformation into the role is just as impressive. Check out the before and after pics of Millie shaving her head to transform into Eleven.

Though Millie was totally up for the change, her mom wasn’t as keen. “My mom was like, ‘No! That’s not happening.’ And I was like, ‘Mom. You need to chill out; it’s gonna grow back.’” It’s a good thing Millie won the battle, because she’s definitely one of the breakout stars of the eerie series. But you can see why her mom was hesitant when you get a glimpse of the mane Millie was ditching.

been thinking of posting the video of me shaving my hair off..💇🏼💭 #comingsoonfolks #watchthisspace #strangerthings

Just look at how she gets right into the fierce Eleven vibe! Perfection.

Have you ever shaved all of your hair off (or at least thought about it)? Tweet us @BritandCo!

Desiree O
Desirée O is a ‘Professional Bohemian’ who loves anything and everything related to the arts, entertainment, and pop culture. She ADORES being a ‘Newsy’ for Brit + Co, covering all of the latest tidbits of awesomeness that you want to read about. When she’s not writing, she’s either making messy art, going on long adventurous walks with her camera, or poking around over at bohemianizm (http://www.bohemianizm.com/). You can find out about Desirée O and her work at http://DesireeO.com/ or follow her on Twitter @DesireeO.
Celebrity Hair
Pop Culture
Celebrity Hair Haircuts Netflix