This Study Confirms Why We All Hate Mondays 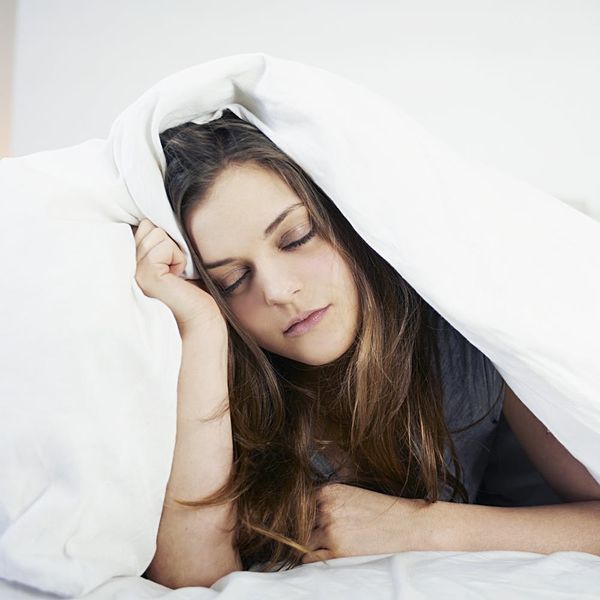 We use a lot of phrases as shorthand to describe the days of the week and how we feel about them. TGIF. Sunday scaries. Hump day. If you, too, find yourself overflowing with emotions about how wonderful Saturday is or how much of a no-man’s-land Tuesday is, you’re not the only one. A new study from health incentive app Achievement reveals that there are some notable patterns in the way a lot of us feel about different days of the week. So if anyone tells you to just “get over it” next time you’re complaining about the Monday blues, you can rest in the knowledge that you’re not the only one experiencing what feels like a major (and cyclical) struggle.

Achievement, which is a division of Evidation Health, helps users integrate a variety of wearable trackers, but in addition to using quantitive data pulled from said trackers, they also posed more qualitative questions of their user base for the purposes of this research. According to Leslie Oley, vice president of product at Evidation, almost 40,000 Achievement members responded to these questions, which assessed respondents’ ambition, focus, stress, happiness, and more throughout the week.

“We thought it was really interesting to correlate some of these insights with trends that we saw from people’s behavior data throughout the week, as well,” Oley says. With the help of data reported from wearable trackers, she and her team also knew when and how much participants were moving, sleeping, and eating.

Here are some of the most interesting informational nuggets from Achievement’s story. We’re willing to bet that your own feelings about certain days of the week match at least a few of these patterns.

1. Mondays are, well, Mondays. Users report that they socialize the least, have the highest stress levels, and are in the worst mood on the first day of the week. On the flip side, more than 40 percent of respondents say that they eat the healthiest on Mondays. Sounds like there really is something to that weekend meal prep, no?

2. Fridays are not for sleeping. While Fridays might be highly anticipated for other reasons, the Achievement data doesn’t suggest that rest is one of them. According to the study, people sleep the least — 6.6 hours, on average — on Friday nights. Sunday nights see the most sleep (a little more than seven hours, on average).

4. Gyms see the most action on Tuesdays. The day that participants were most likely to report a workout is Tuesday, followed by Saturday. Sunday is the day that people are least likely to hit the gym.

5. Ambition is highest early in the week. While Monday is unpopular in other ways, it does seem to inspire a certain level of get-up-and-go. According to the survey, 26 percent of people believe they are at their most ambitious on Mondays — which is pretty high, considering there are seven days of the week to choose from!

Given the fact that these physical and mental peaks and valleys exist throughout the week, should we be looking for ways to adjust our habits so we can level out a little? According to the experts at Achievement, not so much. What does matter, they suggest, is taking small steps — any day of the week! — to improve health, minimize stress, and boost happiness.

“If we can make sure that throughout each week we’re getting a little bit more active, we’ve seen really strong correlation with things like weight and health measures,” Oley says. “In a very personal way, how can you figure out how to get an overall improvement throughout the week?”

What’s your least favorite day of the week? Most favorite? Tweet us @BritandCo!

Alli Hoff Kosik
Alli Hoff Kosik is a freelance writer who is passionate about reading, running, rainbow sprinkles, her lipstick collection, watching embarrassing reality TV, and drinking pink wine. She lives in Brooklyn with her husband and (in her dreams, at least) three golden retriever puppies. Listen to her talk books on The SSR Podcast.
study
Health
study