Surprise! Country Singer Thomas Rhett Has a Double Baby Announcement of His Own 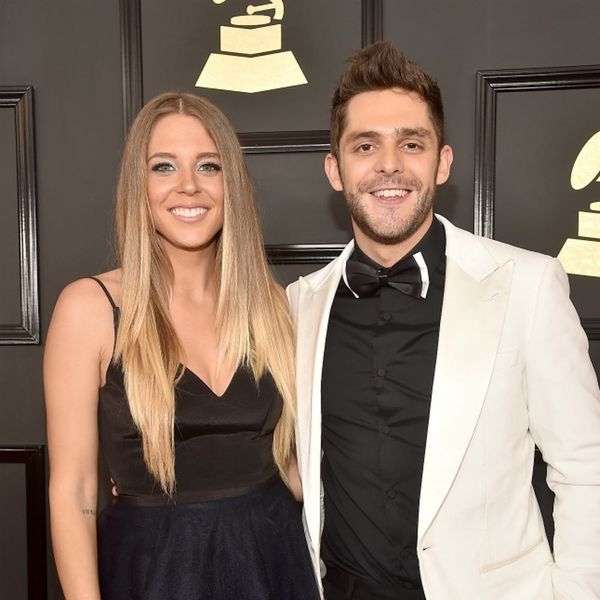 While Beyoncé’s Instagram pregnancy announcement will probably go down in history as the most memorable twin baby announcement of all time (and not just because people lost their minds over it), she’s far from the only celebrity to announce double baby news this month. Amal and George Clooney announced they too were expecting twins, and now, country singer Thomas Rhett and his wife Lauren Akins are announcing they too are expecting two babies, but not quite how you’d think.

Taking to Instagram today, Lauren Atkins announced that the couple will be adopting a baby from Africa. Taking a peek through her social media, it appears that she works with a charity and is often in Uganda, which leads us to suspect that baby one will be coming from there.

OH BABY! 😍 actually...BABIES! Our hearts are exploding with happiness for y'all to meet our new baby who we are bringing home from Africa soon🙏🏼🙌🏼 who is also going to have a little brother or sister because, SURPRISE! there's a sweet baby in my belly too 💛💛 #adopting&pregnant #cominginhot2017

In their announcement, they noted that Lauren is also expecting a baby! What a perfect way for a family to grow quickly. Using the hashtag #adoptingandpregnant and seeing how excited Lauren is in the IG snap, they must be over the moon about their upcoming babies.

Brings a different meaning to the double baby announcement, doesn’t it?

Do you have any adopted siblings from another country? Tell us about them @BritandCo!

Kat Armstrong
Kat has been a writer, social media maven and mom for longer than she's willing to admit. She's also spent time in front of and behind the camera, interviewing celebs, politicians and acting as a producer for fashion and artistic photography shoots. When she isn't writing for various orgs and publications, she's hanging with her kids, husband and French Bulldog, Peter, in Toronto, Canada.
Celebrity Baby
Celebrity News
Celebrity Baby