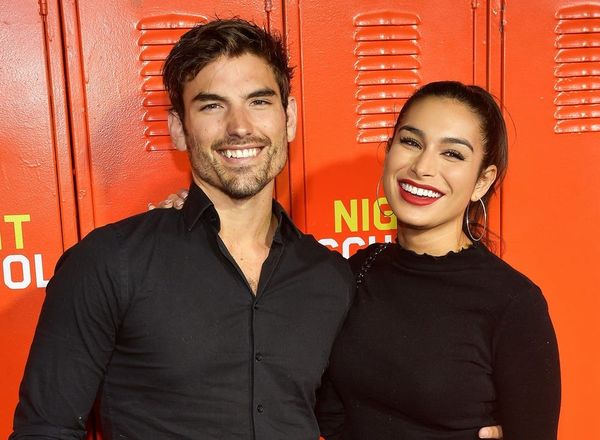 Move over, Chris Harrison! As Ashley Iaconetti and Jared Haibon prepare to say “I do,” the bride and groom have revealed the fellow Bachelor Nation alum that they’ve chosen to officiate their wedding.

“Dearly beloved, Tanner Tolbert is officiating our wedding in August 2019,” Haibon revealed on Instagram on Thursday, October 18. “This is a preview of things to come.” The former Bachelorette and Bachelor In Paradise contestant included a photo of him and his wife-to-be standing in front of a statue, with Tolbert in the background mimicking his upcoming officiant duties.

Tolbert also celebrated the news on his account, asking, “Who cries the most at their wedding? Jared, Ashley, or me???”

Haibon and Tolbert are currently in Puerto Rico on vacation with Iaconetti and Tolbert’s wife, Jade Roper.

Iaconetti and Haibon first revealed their engagement news in May. The couple met on season 2 of Bachelor In Paradise — where they also competed with the season’s winners, Tolbert and Roper — and while they remained friends over the years, it wasn’t until Iaconetti began dating Bachelor: Winter Games costar Kevin Wendt in early 2018 that Haibon realized his true feelings. He proposed while the pair were in Mexico for BiP‘s fifth season.

The couple have said that they’d be happy to broadcast their nuptials on TV, under one condition. “I think we’re both down, but our caveat is that we want as many guests as we want and we don’t want to be limited to that,” Iaconetti said on an episode of The Ben and Ashley I Almost Famous Podcast. “I think if we couldn’t have it the way we imagined is the only reason we wouldn’t do it.”

Are you looking forward to a potential TV wedding for Ashley and Jared? Let us know @BritandCo!