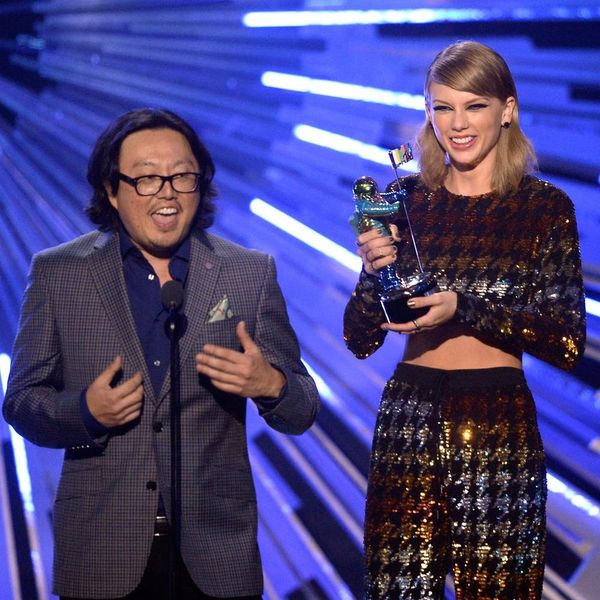 Taylor Swift’s “Look What You Made Me Do” video has been analyzed, decoded, and, of course, meme’d endlessly since it premiered at the 2017 MTV VMAs. Perhaps not surprisingly, her lyrical and visual references — not to mention her image overhaul — have been criticized too, mostly by people who feel she’s copying other artists or once again playing the victim. But the “LWYMMD” video’s director, Joseph Kahn, is having none of it and standing up for Tay against what he says is sexism working against her.

If I plan something as a man I'm a "genius." If Taylor as a woman plans something she is "manipulative." Double standards. This is wrong.

Kahn, who also directed her 1989 videos “Bad Blood,” Blank Space,” and “Wildest Dreams,” took to Twitter to subtweet the haters. “If I plan something as a man I’m a ‘genius,'” he wrote. “If Taylor as a woman plans something she is ‘manipulative.’ Double standards. This is wrong.”

Kahn has been very vocal on Twitter since the song’s release, and also previously defended against claims that the video copied Beyoncé’s “Formation.”

It’s not easy to simply dismiss all criticisms — some valid — against Swift, but there’s some truth to Kahn’s point about people tearing down female pop stars — mega-successful, in-control, powerful ones, especially — because of deeply rooted gender biases.

Swift has never shied away from wearing her heart on her sleeve in her music. Todrick Hall, one of the dancers featured in the video, said recently in an interview that he respects that Swift expresses how she feels through her music as opposed to on social media. Swift hasn’t responded to the current criticisms, and according to a recent Instagram caption, it’s not likely she will: “There will be no further explanation. There will just be reputation.”

What do you think of Kahn’s point about double standards? Let us know @BritandCo!