Did You Recognize These Taylor Swift Clones in Her “Look What You Made Me Do” Video? 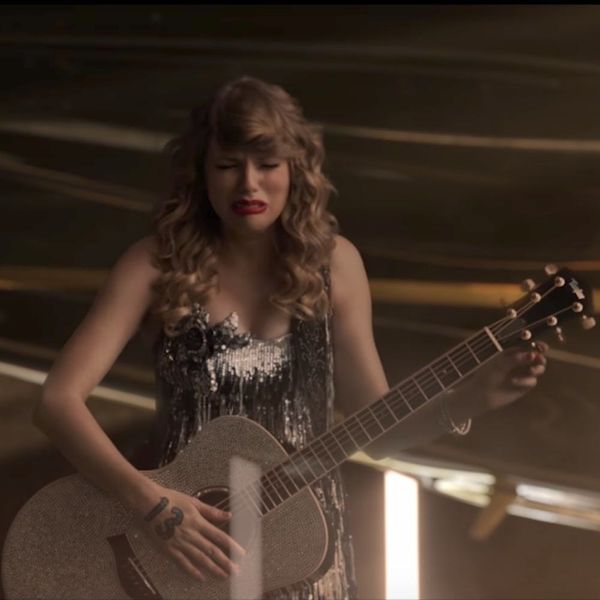 There’s no denying that Taylor Swift’s “Look What You Made Me Do” music video is FULL of not-so-subtle references to her life — including past versions of herself from music videos, tours, and awards shows. If you’re wondering where you’ve seen them before, here’s a look at every Taylor Swift clone that her new video takes on (or takes down?).

“Out of the Woods Taylor Swift”

This T.Swift clone — well, a zombie version of her — actually opens the video, rising from the grave of Swift’s reputation before shoveling dirt on another T.Swift clone. She also pops up at the end of the video, where she snaps at “You Belong With Me” Taylor to “stop making that surprised face” and balks at “LWYMMD” Taylor calling her “that b*tch.”

Like “OOTW” Taylor, 2014 Met Gala Taylor appears multiple times throughout the video. At the beginning, “OOTW” Taylor shovels dirt on her as she lies in an open grave. At the end, she asks one of the “LWYMMD” Taylors what she’s doing, then feigns astonishment when the response is “Getting receipts.”

Swift spent a good part of 2009 and 2010 on her Fearless Tour, traveling the world and taking in a mind-blowing $60+ million. And while we’ll always fondly remember the singer strumming on her guitar while rocking a shiny, fringed dress and nearly knee-high boots, the other T.Swift clones in the lineup apparently aren’t fans, as Red Tour Taylor snipes at her, “Oh, stop acting like you’re all nice. You are so fake!” Old-school Swift — who has a “13” scrawled on her hand, natch — doesn’t handle the hate so well and breaks down in tears.

There may be no more perfect fit for Swift than her circus ringleader ensemble. Like Britney Spears before her, Swift has used the costume as a nod to the metaphorical circus that surrounds her life, first on her Red Tour, then at the 2012 MTV EMAs, and again at the 2013 Grammys. Several years later, it looks like she’s still taming lions.

“You Belong With Me” Taylor Swift

Swift slipped back into (a version of) the “Junior Jewels” T-shirt she wore as the nerdy girl pining for her neighbor in her 2005 “You Belong With Me” music video. The new shirt has a few additional design details, though: Scrawled across the fabric are the names of (what we assume are) the remaining members of Swift’s famous squad (minus a few eyebrow-raising exclusions).

“Shake It Off” Taylor Swift

“Shake It Off” Taylor, rocking a tutu and an elegant headpiece with a very Swan Lake vibe, seems to have a hard time, well, shaking things off. When “YBWM” Taylor makes Swift’s infamous surprised face, “SIO” Taylor snaps, “You can’t possibly be that surprised all the time.”

Surely no one can forget when Kanye West interrupted Swift during the 2009 VMAs while she was giving her acceptance speech for Best Female Video for “You Belong With Me.” The moment sparked years of drama, culminating in Swift’s “Look What You Made Me Do” video. There was NO WAY this version of Swift was going to be left out — despite the clone saying she “would very much like to be excluded from this narrative.”

Not all of the T.Swift clones take center stage — there are plenty of others hanging out in the background. Take the 2015 Billboard Awards clone (in the gorgeous, glittery, white bodysuit she wore while attending the event with her ex, Calvin Harris) or the polka-dot shirt and pajama-wearing clones from “We Are Never Ever Getting Back Together.” If you look closely, you can also spot 2014 VMAs Taylor in her baby-blue jumpsuit and 2015 VMAs Taylor in her copper, silver, and gold outfit.

Which T.Swift clone is your favorite? Let us know @BritandCo!