Taylor Swift Shares a Pic of Her Vogue Cover 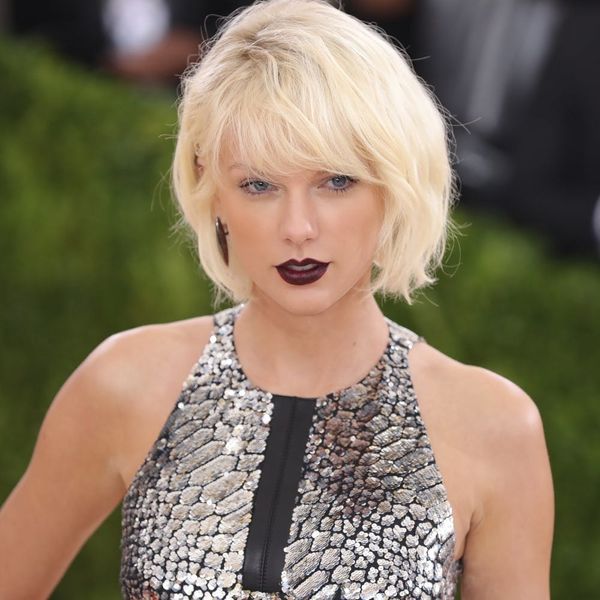 Taylor Swift has been making a lot of headlines lately. First, girlfriend changed up her look to go all gothic chic at the Met Gala, then she charmed everyone’s socks off with her dance with Tom Hiddleston. Now, Taylor is going to be gracing the cover of Vogue’s special Met Gala edition in her Gala get-up — and get this, the cover was shot AT the ball.

Showing a shot of Taylor’s Manus x Machina: Fashion in an Age of Technology look, the star stands in front of a full wall of roses in the silver snakeskin-patterned Louis Vuitton dress that certainly caused a stir when she hit the red carpet. The singer shared a pic of the cover on her Instagram along with the caption, “WOAH thanks @voguemagazine for this cover and Theo Wenner for taking the photo —still reminiscing about Met Gala and how much fun it was.”

This isn’t the first time the star has graced the cover of Vogue, but the FOURTH. Yep, she’s a regular Vogue covergirl veteran. Sporting her new icy-blonde hair and Eva Fehren jewelry, the 1989 phenom looks absolutely fierce on the cover. The issue also promises features of fellow co-chair Idris Elba, Beyoncé, Gigi Hadid and so many more.

In case you’ve ever wondered what happens behind the closed doors of the gala and don’t have thousand of dollars for a ticket, this mag is probably your best chance for a peek inside.

Are you excited for Vogue’s insider peek at the Met Gala? Tweet us @BritandCo!