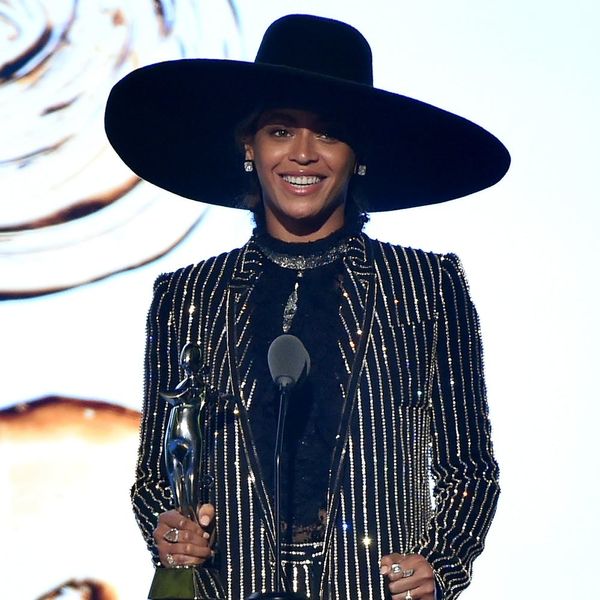 It might be true what they say: Sometimes the most turbulent of times can produce the best art. That saying most certainly is accurate for 2016. Even though we lost some of the biggest names in music, there was a lot to celebrate. 2016 will probably go down in history as one of the most iconic years for modern music.

1. Lady Gaga sings “Million Reasons.” This song. So heartbreaking, so raw. Gaga’s ability to really reach out and get to the heart of what’s happening in her life is one of the reasons she’ll go down in history. This song is one of our faves for 2016.

2. Jennifer Hudson gives a Tribute to Prince at the BETs. JHud is a force to be reckoned with, and her cover of Prince’s “Purple Rain” is so gorgeous. With the entire audience singing along, this soulful rendition will be one we can imagine that people will talk about for years.

3. Solange drops “Cranes in the Sky.” Although this year has certainly been a Beyoncé stunner, sister Solange made major indie waves when she dropped her album in the fall. The jam every cool kid has had on repeat ever since the album’s release is its first single “Cranes in the Sky,” a different kind of breakup song than Gaga’s. Solange can hold her own, and this year proved she is not living in her sister’s shadow.

4. Beyoncé drops Lemonade and slays us all. What can we say about Lemonade? The visual album and the music? There’s a reason Bey’s the Queen and will remain so. “Sorry” brought us one of the most famous moments of shade in 2016, having everyone and their mother wondering who exactly “Becky with the good hair” is, and how much of the album is real (and associated with the Solange/Jay Z elevator fight) and how much is art.

5. Drake presents Rihanna with her VMA Video Vanguard award and they finally are a couple (sort of). Rihanna is a legend. Drake’s crush on Rihanna is also legendary. After this awards moment, the couple had a short-lived romance, but they’ve already split, probably much to Drake’s chagrin. Who knows, though? It seems like the couple is on-again off-again forever.

6. Zayn launches his solo career. Zayn Malik has admitted that leaving One Direction was not the best time in his life. However, he came through the other end and released one of the sexiest songs we can remember. The video for “PIllowtalk” is muy caliente and features the singer’s real life girlfriend, Gigi Hadid.

7. Beyoncé and the Dixie Chicks perform at the CMAs. This performance made a lot of country music fans upset because of the Dixie Chicks’ now 13-year-old proclamation of distrust of former President George W. Bush, and they were mad because Bey isn’t technically a country singer. We, on the other hand, absolutely adore this performance and song and think this match is a perfect one.

8. DNCE releases “Cake by the Ocean.” What is this even? This song is so catchy and fun, but it makes zero sense. The video is weird to boot (and maybe an advertisement for dating app Bumble?). We have no idea what DNCE is even about, but we’re here for it.

9. Calvin Harris gives us “This Is What You Came For.” This song will forever be part of the Taylor Swift/Calvin Harris split ever since Taylor admitted writing this song for her ex, and it definitely was one of the defining music moments of 2016.

10. Kendrick Lamar performs at the Grammys. Kendrick Lamar has had a year. Performing a medley of songs from his To Pimp a Butterfly album, the rapper blends performance, music and politics to get people woke and share the truth of being black in America.

11. Drake and Tyra Banks date at Cheesecake Factory in “Childs Play.” Tyra’s angry girlfriend in this Drake video is everything. Honestly, we’re mad at Drake for ruining their Cheesecake Factory date too. WE. ARE. TIRED. OF. YOU. AUB. REY.

What was your favorite moment in music in 2016? Tell us @Britandco!