The 20 Trendiest Baby Names This Summer 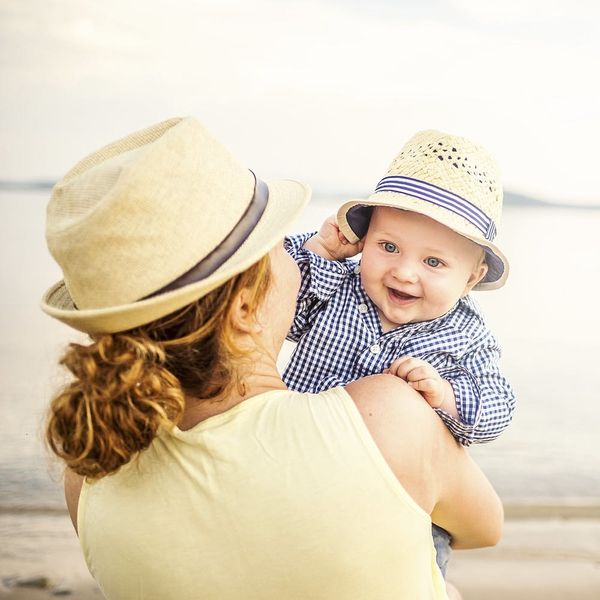 Which creative baby names are hottest right now? We at Nameberry compared views of our name pages for the first month of summer 2016 with the same period last year in search of the names that had made the most dramatic leaps. We only considered names that had received at least 100 views and calculated the percentage jump over last year. The results: 10 surprising girls’ names and 10 for boys strongly influenced by pop culture.

1. Thomasin: No babies were named Thomasin in the US in 2015. What made this obscure female version of Thomas leap more than 1000 percent this summer? Thomasin is the appealing protagonist of the highbrow horror movie The Witch.

2. Leire: This Basque place-name is one of the most popular girls’ names in that region of Spain but is virtually unknown in the US. Pronounced LAY-ree, this name jumped 850 percent on Nameberry this summer, perhaps due to the influence of singer Leire Martinez.

3. Rae: The resurgence of Rae — it’s up 425 percent — may be thanks to the Star Wars character Rey or Pioneer Woman Rea Drummond or its status as a stylish middle name a la singer Carly Rae Jepsen. In the Top 500 a century ago, Rae fell off the US list a generation ago but is now making a comeback, along with cousin Mae.

4. Eden: Nevaeh and Heaven may be slumping, but Eden is hot, in the Top 200 in the US, England and Australia and up over 350 percent on Nameberry this summer. Along with its lovely meaning, Eden is a cute route to adorable short form Edie.

5. Wren: It’s a bird, it’s a name, it’s one of the hottest choices in middle place. Wren is up over 260 percent this summer, in line to become the Ann or Lynn of the next generation.

6. Ruby: Can you be popular and hot at the same time? Ruby proves you can, with views up 250 percent this summer and already ranking in the Top 100 in the US and the Top 25 throughout the rest of the English-speaking world. Ruby is sure to climb even higher.

7. Cala: Cala is a simple-yet-distinctive Arabic name meaning castle, attracting 225 percent more attention this summer than last. It also means cove in Spanish and may be a fresher substitute for the Kayla family of names.

8. Bernice: Biblical Bernice gives proof to the Hundred Year Rule: It peaked in the US in 1921 and fell off the list completely in the early 80s, just in time for the new generation of parents to rediscover it. Bernice is up over 200 percent this summer.

9. Vega: This astral name with an animal meaning — it means “swooping eagle” in Arabic — is popular in Spain and also hot for summer 2016, up over 200 percent.

10. Francine: To the uninitiated, Francine may seem like a Mad Men-era throwback, but it’s newly cool — and hot — since It Couple Casey Neistat, a YouTube star and jewelry designer Candice Pool chose it for their daughter. It’s up over 200 percent.

11. Kylo: Our Number 1 hottest boys’ name is easy to track: Interest in the name Kylo exploded with the Star Wars character played by Adam Driver. Views of Kylo spiked nearly 1500 percent, which will undoubtedly translate to lots more baby Kylos.

12. Corin: Corin is the opposite of Kylo, a name whose popularity is up 500 percent for no apparent pop culture or celebrity-related reason. It may simply be that Corin has both a Shakespearean pedigree and a stylish two-syllable n-ending sound. It’s simple yet unique, given to only 23 boys last year. Expect to meet many more little Corins.

13. Rex: It’s a wonder Rex has stayed so quiet through the popularity of Max and Pax and other x-related names, but now that’s changing, as interest in Rex is up nearly 300 percent.

14. Colm: Irish writer Colm Toibin and actor Colm Meaney helped make this name famous. Pronunciation is like Colin with an m at the end. The Anglicized form, Callum, is popular in England. Colm is up this summer over 250 percent.

15. Oak: Most botanical names fall on the girls’ side, but the strong and simple Oak is an exception. Up 230 percent, this name was given to just 25 boys in the US last year, though Oakley is a rising star for girls.

16. Jace: Does it sound like Chase or like the initials J.C.? That may be the question that sends so many people to this name on our site, with views up over 200 percent this summer. This Top 100 name — it ranks at Number 75 — is a successor to last generation’s Jason, and is usually pronounced with one syllable. It came to fame via reality TV.

17. Theo: Theo has risen more than 500 places on the official US lists in the past five years and is wildly popular throughout Europe. And all signals point to Theo rising a lot higher, with views up 184 percent. Theo Raeken is a dreamy but devious character on Teen Wolf.

18. Dane: Dane may be the Wren of the boys’ side, a short, simple name that makes a perfect middle for new parents who want to move beyond John. Dane racked up more than 160 percent more views this summer than last. Actor/comedian Dane Cook may be partly responsible.

19. Orion: Baby names from the heavens are rising stars right now, with mythological Orion shooting up 134 percent in Nameberry views and reaching its highest point ever on the official charts. Furthering Orion’s appeal is its Harry Potter connection and its status as one of the brightest constellations in the sky.

20. Jude: The Biblical Jude owes its rise to a single celebrity, actor Jude Law. It’s now in the Top 100 in England and Scotland and at its highest place ever at Number 156 in the US. And we see it ascending even higher, based on its 130 percent jump in views over the last year.

Have any other popular baby names that you’re loving RN? Tweet us @BritandCo and let us know!