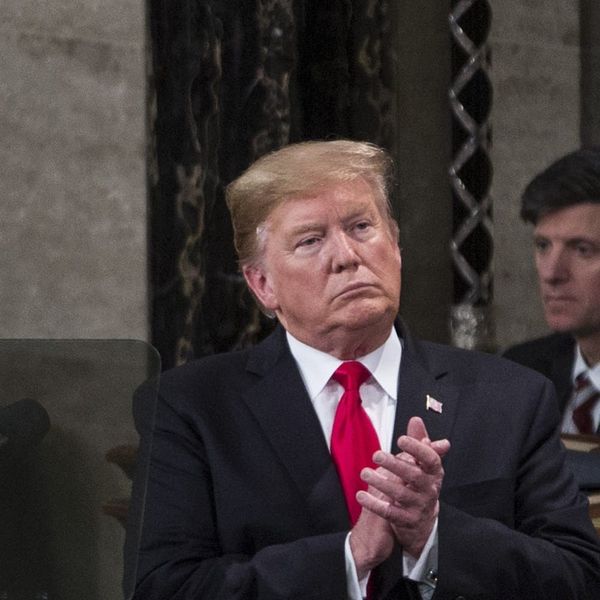 President Donald Trump gave his second State of the Union address on Tuesday evening. The speech was supposed to take place in January, but Speaker of the House Nancy Pelosi delayed the SOTU during the government shutdown, which left the Trump administration a little extra time to prepare a message that was supposed to be about “unity.”

As usual, Trump’s speech was riddled with lies and misinformation, smears against immigrants, attacks on reproductive rights, and plenty of propaganda for his “border wall.” But there were a few moments that stood out, and are worthy of mention. These will likely be pivotal plot points for the remainder of the year, as well as the 2020 campaign.

Here are three key takeaways from the 2019 SOTU.

Trump is calling for “bipartisanship”

The administration advertised the SOTU as being about “unity.” But in this case, Trump’s rhetoric was not so much about unity and bipartisanship in the traditional sense of those words, but rather Trump continuing to demand that Congress fund a southern border wall and calling for an end to the Special Counsel’s investigation into his presidential campaign. “If there is going to be peace in legislation,” Trump said, seemingly referring to the ability of Congress to pass laws that suit his agenda, “there cannot be war and investigation.”

Trump and a number of his associates have been under federal investigation over relations between the Trump presidential campaign and Russian president Vladimir Putin for more than a year and a half.

Trump is not giving up on the Border wall

As was expected, Trump dedicated a significant portion of his speech to “border security” and the border wall. Trump referred to the southern border as “lawless,” though in reality, the border is heavily militarized and many miles of physical barriers already exist. The speech was laced with entirely false and derogatory remarks about immigrants, and zero recognition of the fact that the US government has been forcibly separating immigrant families at the US-Mexico border and detaining migrants, including children.

Trump has continued to insist that the border wall (which he has now taken to often calling “a barrier” and says will be made of “see-through steel”) that he will declare a state of national emergency if Congress does not pass a budget that includes more than $5 billion for the wall. Ahead of the State of the Union, Senate majority leader Mitch McConnell said that Trump could “prevail” if he decides to declare a national emergency, and that Congress will “hash it out.” If Trump declares a state of emergency, a means of bypassing Congress in this case, the Army Corps of Engineers will construct the “barrier.”

Congress has about a week and a half before the temporary spending budget passed by Congress to re-open the government expired to determine whether or not it will grant Trump the money he’s demanding.

During the portion of the speech about abortion rights, Trump said that he is asking Congress to pass legislation that would “prohibit late-term abortion.” To make the case for legislation that would further endanger the lives of patients who require later abortions (which are already minimally available in the US), Trump repeated the dangerous anti-choice lie that reproductive rights activists want to kill newborn babies.

Late-term abortions are rare, but can be life-saving for the patients who need them. According to the CDC’s 2015 Abortion Surveillance Summary, only 9.9 percent of abortions performed that year were later abortions. Though Trump specifically targeted “late-term abortions” during his speech Tuesday, reproductive rights advocates fear that the administration will attack all types of abortion.