What Medical Professionals Want You to Know About Later Abortion 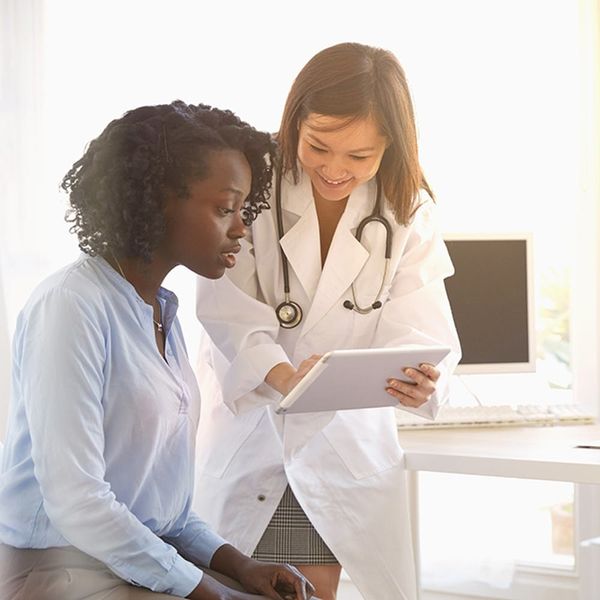 Virginia House Delegate Kathy Tran introduced H.B. 2491 in January to loosen a handful of restrictions to second- and third-trimester abortions, which are currently legal in the state under some circumstances. The bill was tabled by the Virginia House of Delegates last week, which led some detractors to raise a deceptive talking point that equates late abortions with infanticide. Debate around the bill has taken off as national news, and President Trump himself has weighed in on the issue.

But medical professionals — and women who have actually had later abortions — have been quick to demythologize and clarify what these procedures entail, and to argue the life-saving importance of preserving legal access to them. For all the attention and outrage surrounding the matter, about 90 percent of all abortions in the US take place in the first trimester; only 1.2 percent of abortions nationwide take place at or after 21 weeks. But stats on the relative infrequency of later abortions do not mean that there is no need for them.

“There are many reasons why patients have abortions after 20 weeks; complications happen as the pregnancy progresses, my patient’s health is impacted, and we perform tests to make sure the fetus is healthy,” OB/GYN and abortion provider Dr. Daniel Grossman wrote in a series of viral tweets on Thursday.

Notably, several tests to assess the health and viability of a fetus cannot even be performed until around 20 weeks. And though a fetus can become viable, or survive outside the womb, at about 25 weeks, some fetuses never become viable. Roe v. Wade protects the right to safe, legal abortion until the point of fetal viability in ordinary circumstances, but also protects later abortion care as needed in extreme health circumstances at the discretion of medical professionals.

The anti-abortion movement has broadly sought to paint all fertilized eggs, embryos, and unviable fetuses as “unborn babies” or “unborn life,” despite objective, medically indisputable differences between a born, living child and a fetus. But later abortion has always been easiest to demonize and stigmatize, at least in part because of the powerful, emotional reactions that can be prompted by images of more developed fetuses. During a 2016 presidential debate, then-candidate Trump notoriously likened all abortions to “[ripping] the baby out of the womb” in the ninth month of pregnancy.

Some experts, meanwhile, have criticized use of the common term “late-term abortion,“ arguing that the phrase would have to apply to late-term pregnancies — pregnancies that specifically take place between the gestational age of 41 weeks and 41 weeks, six days — and that abortions simply don’t happen during that period, ever. In reality, later abortion typically takes place within the second 12 weeks of pregnancy via the dilation and evacuation procedure, which is the safest, most common option for this type of abortion. The dilation and evacuation procedure has often been called “partial-birth abortion” by opponents, as the name serves to humanize fetuses and further malign later abortion by suggesting it takes place around birth.

In the United States, across the country, some 1,200 laws restricting abortion access have been enacted since Roe v. Wade was decided in 1973. On Twitter, Dr. Grossman pointed out that, ironically, some later abortions are necessitated by state-level legislation to make abortion harder to access and more stigmatized earlier in the pregnancy.

“I see patients who need abortions after 20 weeks because the restrictions to abortion made it difficult for them to get care earlier,” Dr. Grossman wrote. “Everything from medically unnecessary waiting periods and ultrasound laws to shuttering of clinics and insurance bans create delays.”

Many states including Iowa, Ohio, North Dakota, and others have either introduced or enacted fetal “heartbeat laws,” that would ban abortion care when a fetal heartbeat develops. This typically takes place at about six weeks, which is before some women even realize they’re pregnant.

In response to increased attention and false narratives around later abortion, programs like the “We Testify” initiative from the National Network of Abortion Funds are elevating the stories of those who have actually had later abortions.

“As politicians and the media are discussing the policies surrounding later abortion, and spreading misinformation, we’d like to highlight the voices of people who’ve actually had later abortions. They should be the ones we listen to in this conversation about healthcare access,” We Testify wrote to precede a Twitter thread of people’s firsthand experiences.

In light of the dangerously and often purposefully inaccurate rhetoric about later abortion by anti-abortion lawmakers and media, it’s critical that we listen to and amplify the voices of real women who have had later abortions, and the real doctors and medical professionals who support them.