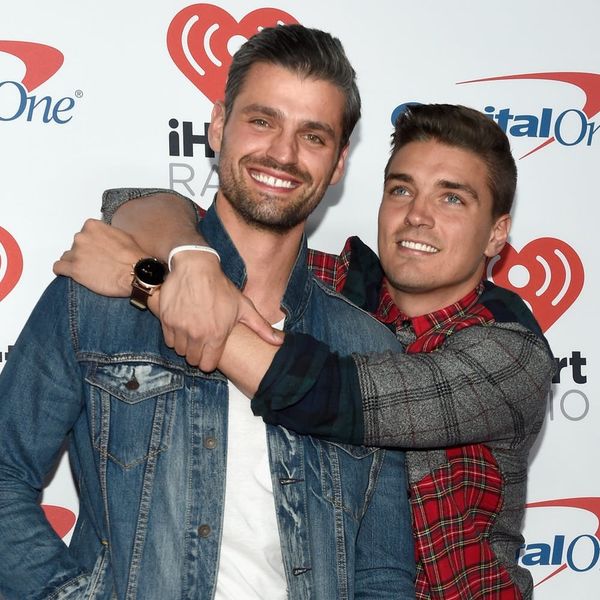 Dean Unglert knows he sucks at dating. He even named his new iHeart Radio show Help! I Suck at Dating. In the first episode, he called Kristina Schulman — one-third of the love triangle he instigated on Bachelor in Paradise — to ask her to explain what he does “that’s so sucky.” For his second episode, he turned to another fellow Bachelorette alum, Peter Kraus, who made it to the final two on Rachel Lindsay’s season before deciding he wasn’t ready to propose.

Unlike the rest of Bachelor Nation — including Chris Harrison, who called out Unglert for “unbelievably stupid choices” — Kraus doesn’t think his friend’s time on BIP was that bad. “From what I saw of you… you just got in your head a couple of times. I don’t think you did anything wrong. You’re a fun-loving guy, you’re kind, you’re very well-spoken. I just feel like it was too much, too soon.” (Was Kraus watching the same show as everyone else?)

As for his own dating style, Kraus told Unglert that a good relationship is all about listening. “My biggest thing in dating is listening,” Kraus shared. “So, when you’re dating somebody, it can no longer be about yourself. It has to be about that person and how you two interact together.”

As for the future, the Bachelorette alum isn’t ruling out a stint on The Bachelor someday, but he’ll look for love first on the franchise’s Winter Games spinoff. And at the moment, he’s pretty content with where he is. “At this stage in my life, I’m single, I’m happy, business is good, family is good,” he told Unglert. “I’m ready for the next step again, and if that’s what route it took [being on The Bachelor], I’d be okay with that.”

What dating advice would you give Dean? Tell us @BritandCo!

Kat Armstrong
Kat has been a writer, social media maven and mom for longer than she's willing to admit. She's also spent time in front of and behind the camera, interviewing celebs, politicians and acting as a producer for fashion and artistic photography shoots. When she isn't writing for various orgs and publications, she's hanging with her kids, husband and French Bulldog, Peter, in Toronto, Canada.
the bachelor
Celebrity News
the bachelor The Bachelorette