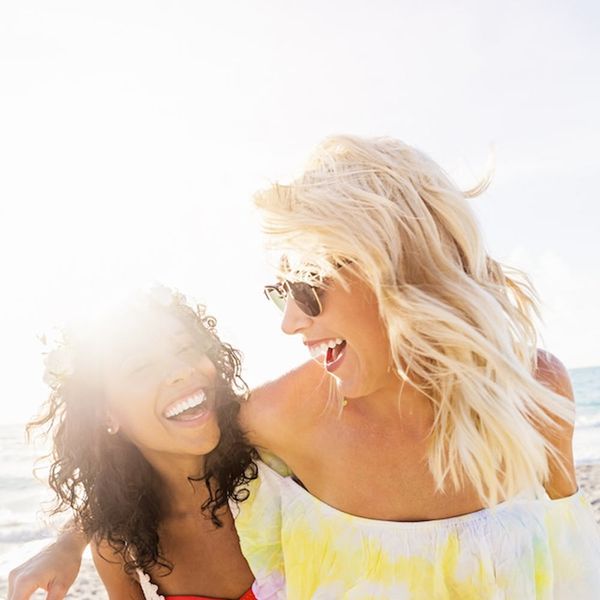 As the end of January creeps up on us, we can’t help but notice that the days are getting just a litttttllleee bit longer. (Of course, no judgement if you gave in to Blue Monday and booked a last-minute tropical vacation!) But just because warmer weather might still be a few months away, there’s nothing to stop you from daydreaming about your new life as a mermaid swimming coach. (Yes, it’s a thing!)

You’ll need a bathing suit to rock whether you’re on or off the job, however, so if you’re also already thinking about what style you’re gonna rock this year, there’s a trend you just might want to keep your cursor on — nudity, baby. Okay, okay, not actual nudity (though do you if that’s your thing!), but “flesh-toned” suits. According to Racked, searches for nude bathing suits are up 145 percent since this time last year — wowza!

The trend is thanks in no small part to Kanye West’s Yeezy Season 4 looks from last September, and the inevitable adoption by the Kardashian/Jenner sisters of the sandy, neutral tone.

We’ve also seen the nude trend popping up in footwear and manicures, as well as pretty much *everything* in Oak + Fort’s new lines (which we’re drooling over nonstop).

@michmmmmm perfectly captured our neutral colour palette. Be sure to hashtag #BeOakandFort for a chance to be featured! Blouse 1003 Dress 3181 Dress 3176 Shop the look (link in bio)

Of course, “nude” and “flesh toned” mean a lot of different things for a lot of different people, and we’re hopeful that as this trend continues to take off, swimwear will adopt the same inclusive approach as Naja lingerie did with a beautiful line of nudes for every skin tone, or like Kahmune is doing with its new shoe line.

That being said, we just might have to give this nude swimwear thing a try!

Will you wear the “nude” suit trend? Let us know over @BritandCo!