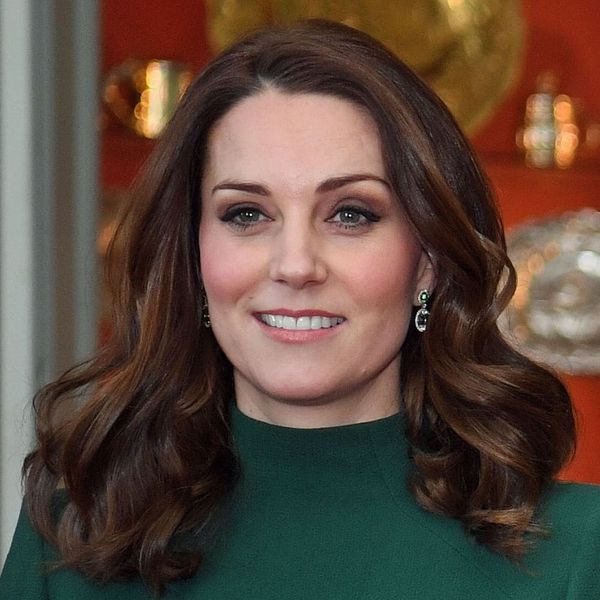 As if we needed ANOTHER reason to love Kate Middleton, the mother of two (soon to be three!) has given us just that with reports of a super-heartwarming tale behind her latest haircut.

As you may recall, stylist Joey Wheeler chopped the 36-year-old’s flowing tresses into a lob sometime this fall. Now, reports from the Sunday Express have surfaced, stating that post-haircut, the Duchess “asked an aide to collect the locks and send them to a charity.”

According to the newspaper, seven inches of the royal’s hair was sent to The Little Princess Trust, a nonprofit that provides human hair wigs absolutely free of charge to children suffering from hair loss.

The organization has since responded to the news with a statement on its website, saying, “We were told that the latest hair donor to join our ever-growing list of wonderful supporters was none other than the Duchess of Cambridge! When we heard the news we were absolutely delighted!”

Definitely not a #BlueMonday at LPT today after this lovely news - Simon Hussey and his team at @clubsportherefordshire raised over £2,800 for LPT & @st_michaels_hospice through their carrier bag scheme. Thank you!! 🙌🙌🙌

A post shared by The Little Princess Trust (@officiallittleprincesstrust) on Jan 15, 2018 at 3:15am PST

The nonprofit continued on to add, “As the Duchess of Cambridge is so much in the public eye, we hope the message that the charity can help children and young people with hair loss will reach everyone who might need our assistance.”

The royal did not disclose her name on the donation, instead choosing to use a pseudonym, which would explain why the news was kept hush-hush until months after the fact. Still, it makes us *so* happy to think that a child out there is donning the brunette beauty’s formerly flowing locks.

Here’s to hoping her good deed will inspire many more!

What do you think of Kate Middleton’s decision to donate her hair to charity? Let us know @BritandCo!