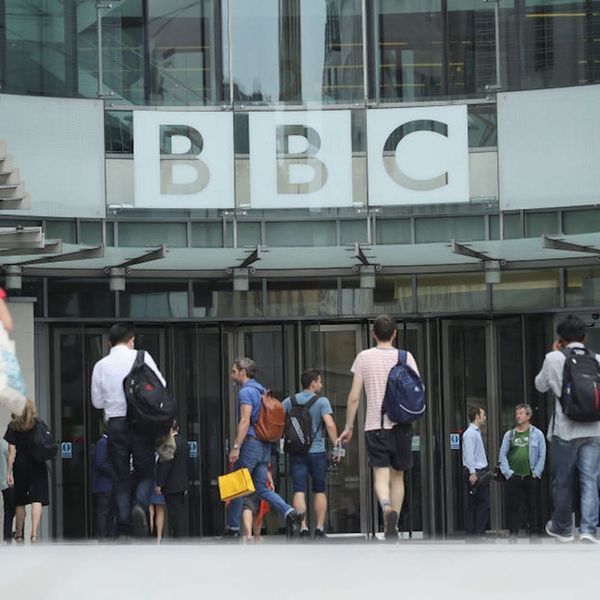 The gender pay gap is still over 50 years away from being closed, and even with attempts in the US to catch up to countries with more progressive policies (props to Iceland), the truth is that the process is moving far too slowly. In the UK, men still earn an average of 9.4 percent more than women, and while it’s lower than a lot of places, it still isn’t good enough: A group of well-known BBC TV and radio hosts are threatening legal action against the company if they don’t even the playing field sooner than later.

BBC Radio 4 Woman’s Hour co-host Jane Garvey and her colleagues came together to speak out after a list of the top-paid talent at the BBC showed that the company’s female employees made less than the men for the same work, and that only men made more than $500,000 pounds (approximately $650,000 USD). They wrote a letter to Tony Hall, the Director-General of the BBC, to tell him to get moving on the pay gap now.

“You have said that you will ‘sort’ the gender pay gap by 2020, but the BBC has known about the pay disparity for years. We all want to go on the record to call upon you to act now,” the letter reads, stating that women from many other departments, from production to engineering, are also underpaid. (The full letter and all its signees can be seen here.)

Garvey, who organized the letter, tells us that it’s not about making the rich richer — it’s about using their platform to fight for equality across the board.

“I am very keen to start an open, constructive and decent conversation about the gender pay gap,” Garvey, who organized the women for the letter, tells Brit + Co in an email. “It is NOT about getting more money for people who are already very well-rewarded, but about fairness and pay parity.” This week, she tweeted a winking relief that she had a job to return to after the letter spread over the weekend.

Well, I got in the building 😉

Hall’s response, sent from a BBC spokesperson to Brit + Co, admits the organization needs to go further — and faster — to address the gender pay gap. “There will be wider consultation meetings over the next two months so we can accelerate further change in the Autumn,” he said. “When figures are published next year I am confident they will look very different… I want the BBC to be one of the best performers when comparisons are made. But beyond that over the next three years I want the BBC to be regarded as an exemplar on gender and diversity.”

The Independent reports that Garvey says a legal claim is “certainly a possibility” down the line if the issue is not adequately addressed.

“If women like us can be victims, imagine how less privileged women are being treated,” Garvey says. “We are not giving up.”

What do you think of the gender pay gap letter to the BBC? Let us know @BritandCo!