These Were the *Real* Style MVPs of Trump’s Inauguration 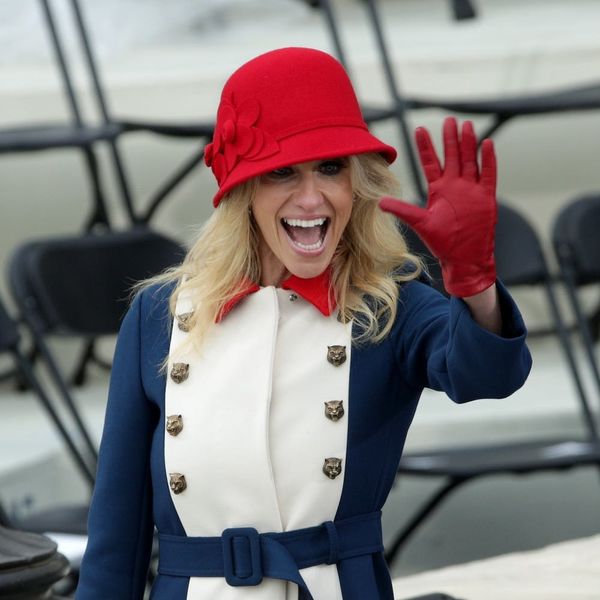 After all the hullaballoo surrounding who would and wouldn’t be dressing the new First Lady (not to mention having some pretty stylish shoes to fill, thanks to Michelle), all eyes were undoubtedly on Melania Trump with regard to fashion this morning.

In fact, so captivated was the world by her Jackie Kennedy-esque powder blue Ralph Lauren dress that you may have missed some of the more… erm, interesting “fashion” moments of the event. Luckily, we’ve got you covered: Check them out below!

Decked out in a red, white and blue getup that many are hailing as “Revolutionary garb,” President Donald’s campaign manager kindddaaa sorta reminds us of something — make that someone — else instead.

That hat! That coat! Is Paddington even campaigning in this photo? Clearly, they’re on the same wavelength. (Photo via Alex Wong + Tim P. Whitby/Getty)

2. Bernie Sanders: The usually sharp-dressed senator from Vermont seemed to dress for the weather and, well, not much more this morning, throwing on a casual V-neck sweater and a less-than-eye-catching green parka. In short? Bernie dressed like he DGAF, and frankly, people were HERE for it.

Nicole Briese
Nicole is the weekend editor for Brit + Co who loves bringing you all the latest buzz. When she's not busy typing away into the wee hours, you can usually find her canoodling with her fur babies, rooting around in a bookstore, or rocking out at a concert of some sort (Guns N' Roses forever!). Check out all her latest musings and past work at nicolebjean.com.
Politics
Style News
Politics social media twitter