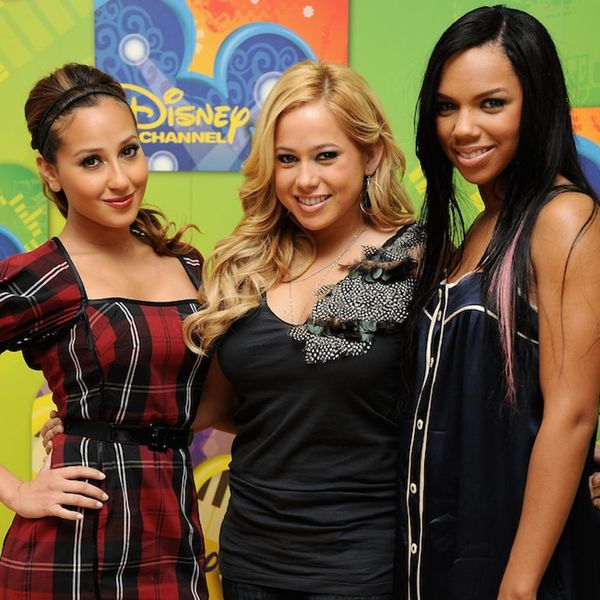 Adrienne Bailon, former lead singer of The Cheetah Girls (who were giving us #GirlSquad goals long before the US Olympic women’s gymnastics team) and now host of The Real, is getting married, and her engagement ring will make you weak in the knees!

During a romantic trip to Greece and France, Adrienne’s boyfriend, Grammy award-winning Christian musician Israel Houghton, popped the question under an illuminated Eiffel Tower with a MASSIVE stunner (smaller than this 80-carat monstrosity, but STILL) that will make your eyes bug out of your head.

Although the couple only made their relationship official back in April, it seems Israel simply couldn’t wait any longer to make Adrienne his wife, as the 32-year-old bride-to-be posted a video that showed off her jaw-dropping bling in front of an equally sparkly Eiffel Tower while “La Vie en Rose” plays in the background.

Dayum, girl! That thing is HUGE!

Israel also couldn’t help but share the happy, life-changing moment with his Instagram followers, posting a shot from her vid and using its caption as an opportunity to gush about his love for her. “I’ve taken a giant leap of faith in asking her to share life with me forever and to give me a shot at getting it right this time,” he wrote. “She has graciously granted my request… She said yes. Thanks Be To God. Thank you @adriennebailon for graciously loving me.” Okay, our hearts are melting a little bit.

It hasn’t all been smooth sailing for these two, however: Adrienne and Israel were met with serious criticism when they first announced they were dating just one month after Israel filed for divorce from his estranged wife of 20 years. Israel even turned to Facebook to write a lengthy note in which he offered more insight into his relationship with Adrienne.

“I met Adrienne Bailon a bit over two years ago, we worked together and became friends,” he wrote. “Our circles connected and we remained good friends. From a friendship, as two single adults we have very recently begun to explore a dating relationship.” He then added: “Adrienne is a woman of integrity and character. Most of all she is a true friend.”

Friend… and soon-to-be wife! Prior to popping the question, Israel also took his lady love out for a romantic boat ride along the Seine, where Adrienne’s mama, Nilda Alicea-Felix, helped the pair capture an adorable Snapchat of kisses shared under the Eiffel Tower.

What a perfect vacay! Congratulations, guys!

Did Adrienne have the perfect engagement? Tweet us @BritandCo.

Barbara Pavone
Barbara Pavone is a pop culture-obsessed writer based in beautiful (but ridiculously cold) Montreal, Canada. When she's not working, she's sipping on a Pimm's Cup and daydreaming about her celebrity hero, Saint West.
Engagement
Entertainment
Engagement Engagement Rings
More From Entertainment