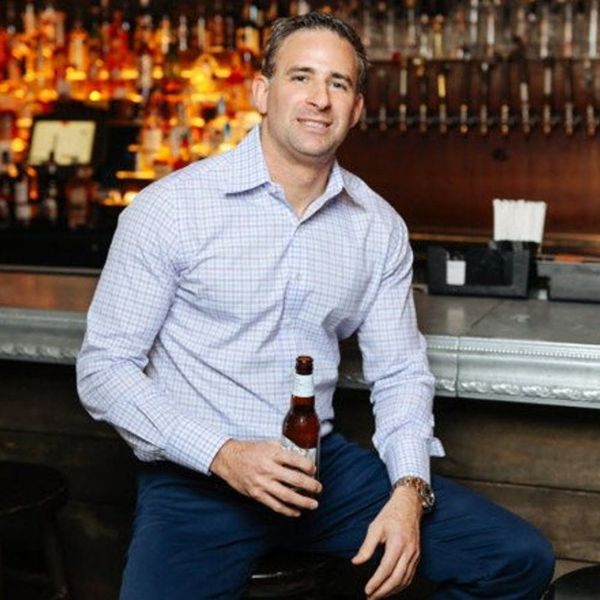 While we should always stay open to meeting different sorts of people while dating, there’s obviously nothing wrong with having preferences or standards. However, one dude has just very publicly declared that he “won’t date hot women anymore,” and the internet just can’t handle it.

In a piece published in the New York Post and written by Christian Gollayan, Dan Rochkind is described as a 40-year-old private equity executive and Upper West Sider with a muscular build and a full head of hair. In his 30s, he apparently “had no problem snagging the city’s most beautiful women.” In his own words, “I could have [anyone] I wanted. I met some nice people, but realistically I went for the hottest girl you could find.”

However, Rochkind felt that the models he was dating weren’t quite what he was looking for. “Beautiful women who get a fair amount of attention get full of themselves,” he said. “Eventually, I was dreading getting dinner with them because they couldn’t carry a conversation.”

"I was dreading getting dinner with them because they couldn’t carry a conversation" https://t.co/AhlGGUPKQa

The writer, Christian Gollayan, assures readers that Rochkind is “enthusiastic about his decision to give up high-maintenance hotties,” and in the piece, a photo of the Upper West Sider and his current partner is captioned, “Dan Rochkind used to date swimsuit models, but he’s happier now that he’s engaged to a merely beautiful woman, Carly Spindel.”

While the article continues to say that “Rochkind’s ideas about sexy bikini babes are correct,” and uses a study from Harvard University, University of La Verne, and Santa Clara University to back up the theory, the reaction to the piece has been… not great.

Plenty of people are taking aim at Rochkind…

Because hot women won't date you anymore. Next question. pic.twitter.com/k8CxdSNgQu

ah yes every girl's fantasy, to grow up and be called 'merely beautiful' by her fiance in the new york post pic.twitter.com/gTLCNd8Q1Z

To be clear the NY Post article guy has absolutely never dated a swimsuit model in his life. He once went out with a girl who owned a bikini

"Beautiful women get full of themselves" says this guy who is totally not full of himself. pic.twitter.com/485RKwNZH4

However, Rochkind’s fiancé came to his defense, posting an image of the article to Instagram with the caption, “Good job @nypost of twisting my fiancés words, making him look like an asshole (which isn’t the case), and making me look beyond unattractive! None of what he said is true #satire #fakenews #nypost.”

And she’s not the only one who’s unimpressed…

this caption is so savagely written this has to be a piece of satire pic.twitter.com/yqL59UMkTO

Hold my beer. And then pass it to the person next to you. So we can all individually spit take at the New York Post piece on dating.

What do you think about the article and reaction to it? Let us know @BritandCo!

Desiree O
Desirée O is a ‘Professional Bohemian’ who loves anything and everything related to the arts, entertainment, and pop culture. She ADORES being a ‘Newsy’ for Brit + Co, covering all of the latest tidbits of awesomeness that you want to read about. When she’s not writing, she’s either making messy art, going on long adventurous walks with her camera, or poking around over at bohemianizm (http://www.bohemianizm.com/). You can find out about Desirée O and her work at http://DesireeO.com/ or follow her on Twitter @DesireeO.
Dating
Relationships
Dating
More From Relationships