7 College Kids Weigh In: Is Dating Dead Among Millennials? 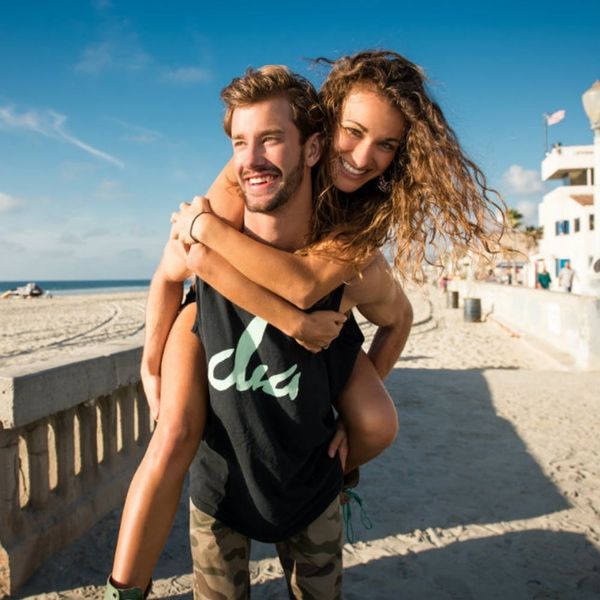 In a world where we’re all constantly heads down in our Instagram and Snapchat feeds, it’s no surprise that many of us turn to apps to make romantic connections too. According to the Pew Research Center, more than a fifth of 18- to 24-year-olds use mobile dating apps in their everyday lives. Which means that shifting through tons of profiles, coming up with witty messages andavoiding grammar mistakes has become quite the process — and we haven’t even gotten to the dating part yet! With the romantic world evolving so rapidly, we wondered whether dating — like, going on a real first date — was even part of the program at all. We asked seven college kids if they think dating is dead among millennials.

“The very idea of dating is timeless. Regardless of how people meet, getting to know each other is the root of the word dating. So there’s no way dating could be dead in any scenario. College hookup culture has certainly provided a temporary alternative, but ultimately, dating will always be alive in any environment, including college.” — Daniel E.

“Dating is not part of the college atmosphere. Personally, I’d rather go out with my hypothetical girlfriend to a bar with my friends and have that social experience instead of a first date. Once we started dating, we’d obviously go out to dinner, but I’d much rather take her out and see her and my friends at the same time.” — Tim A.

“Taking girls on dates is no longer a thing, unfortunately. If you’re lucky, it’s a beer at a bar or meetup at Starbucks. I personally think chivalry is dead. I’m always pleasantly surprised when a guy holds the door open for me.” — Lauren M.

“Chivalry is a misogynistic construct based on the idea that men have to take care of women by virtue of their gender, not the fact that they’re being gentlemanly. That doesn’t mean I don’t go on my fair share of dates.” — Maddy S.

“We live in such a hookup culture that it’s gotten to the point that if a guy asked me on a date, I’d question his intentions and be very skeptical he’s just trying to get some.” — Anna H.

“Pinterest has kind of fueled a new wave of date ideas/a desire to be more thoughtful among established couples. One of my boyfriend’s Christmas presents to me was a jar of popsicle sticks, and each one is a different date idea. For our one year anniversary, I gave him a scrapbook that had a page for each month, a date idea and space to put pictures of us on that date. But I also don’t really think that first dates exist anymore. I’ve noticed that couples that have been dating longer try to make cute dates happen, but I feel like the whole initial ‘lets go on dates to get to know each other’ is dead.” — Lena C.

What do you think? Is dating dead? Let us know @BritandCo!

Gabrielle Gresge
Gabrielle Gresge is a Chicago native and journalism student at the University of Missouri. While not chasing deadlines, she enjoys giving campus tours, exploring her new home, and missing her old one. She loves to write about these experiences in her own handwriting at gabriellegresge.wordpress.com.
Dating
Relationships
Dating