THIS Is How Michael Phelps Spent His First Day of Retirement 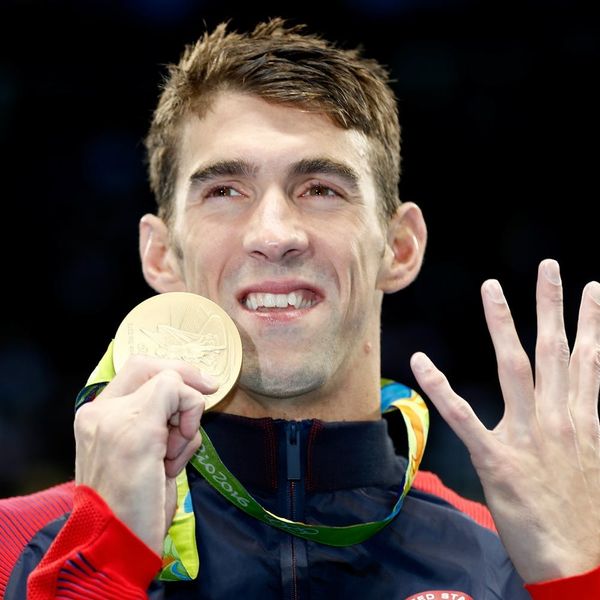 After training for and competing in four Olympic games and winning 28 — 28! — medals for team USA, you *might* think that the newly retired Michael Phelps has had his fill of the pool.

You’d be entirely wrong, of course: While teammate Ryan Lochte was getting massacred over on Twitter, the pool is exactly where Phelps was spotted on his first official day off, with wife Nicole and son Boomer proudly at his side.

There's nothing like being back home!! Great way to spend my first day in retirement!! @boomerrphelps @nicole.m.johnson

“There’s nothing like being back home!” he wrote of this adorable snap. “Great way to spend my first day in retirement!!”

How friggin’ cute are they? But seriously — was this guy secretly born with fins, orrrr???

Taking a break from the water, Boomer also posted (yes, Michael’s three-month-old son has his own Instagram, thank you very much) an adorable shot of naptime with Dad. “Daddy and I got to have a good nap today!” “he” wrote. “Mommy snuck in to snap a pic of us.”

Welp, you know what they say — you can get the guy out of the pool but you can’t take the pool out of the guy! Er… something like that?

Are you amused to see Phelps back in the pool so quickly after returning home? Share with us over @BritandCo!

Nicole Briese
Nicole is the weekend editor for Brit + Co who loves bringing you all the latest buzz. When she's not busy typing away into the wee hours, you can usually find her canoodling with her fur babies, rooting around in a bookstore, or rocking out at a concert of some sort (Guns N' Roses forever!). Check out all her latest musings and past work at nicolebjean.com.
Family
Celebrity News
Family Olympics