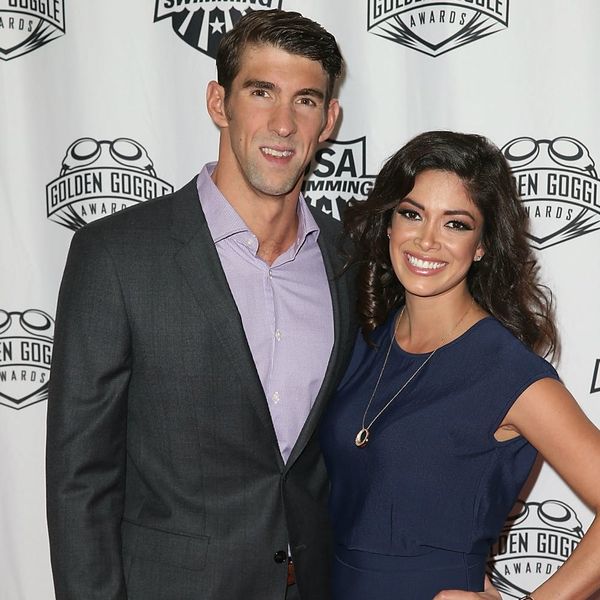 Michael Phelps (and his mad face) made family, friends and fans seriously proud this past week, as he took home five more medals at the Rio Olympics: In fact, the only thing more impressive may have been Matthew McConaughey’s roller coaster of emotions as he watched. Solidifying his title as the most decorated Olympian of all time, Michael now has 27 medals under his belt, 22 of which are gold. TWENTY-TWO!

Though the Olympian announced that he won’t be returning to the Tokyo Olympics in four years, his years of excitement are FAR from over. First up after Rio? His upcoming wedding to fiancée Nicole Johnson!

I'm at an absolute loss for words. Couldn't be more proud of @m_phelps00. He is the epitome of working hard, dreaming big and achieving the all American Dream. #myfamily #20 #21 #25 #3down

Just three months after welcoming their son Boomer into the world, the happy couple (who dated from 2007-2011 before taking a brief hiatus, then reuniting in 2014) is looking to walk down the aisle soon, and Nicole is more than ready.

Taking a break from cheering on her fiancé (with serious help from adorable Boomer, of course) and gushing about her soon-to-be hubs on Instagram (“He is the epitome of working hard, dreaming big and achieving the all American Dream,” she captioned the above photo), Nicole chatted with Access Hollywood about the impending nuptials.

“We have a date,” she said. “It’ll be small and intimate for the wedding, and then we’re throwing a massive bash for everyone in the States. So we’re kind of getting things rolling. I’ve been planning as we’ve been leading up to this, so I think I have the wedding in order, and now it’s onto the party.”

Hmm, we wonder if it’ll have a swimming theme?

Michael’s mom, Debbie Phelps, was also on-hand in Rio for the Access Hollywood interview, and, as she explained, she always knew that her son and Nicole were meant to be together. “When he called me, and he said ‘I’m getting back with Nicole,’ I said, ‘that’s where you should be.'” she enthused.

Grandmas too: A lucky thing, considering Nicole says a little brother or sister for Boomer is DEFINITELY on the agenda — eee!

Do you support Michael’s decision to make this year’s Olympics his last? Tweet us @BritandCo.