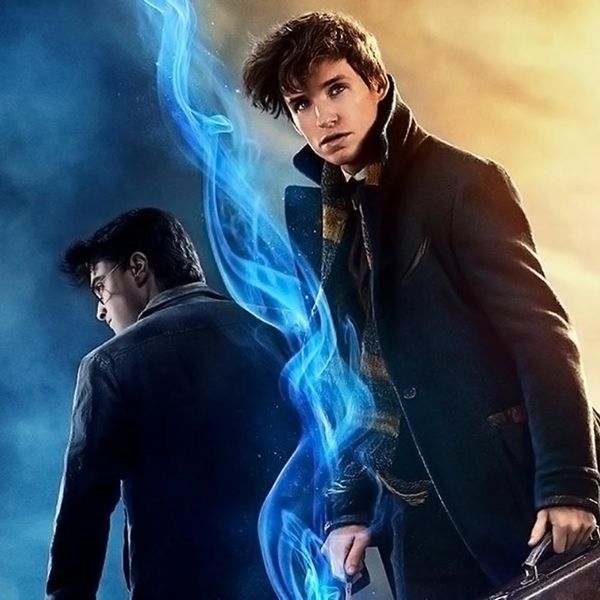 We were floored to find out that Fantastic Beasts will span 19 years and lead to the rise of Voldemort (eek!), not to mention the two tantalizing hints J.K. Rowling just dropped. And while we’ve already revealed all the things you didn’t know (but should) about Fantastic Beasts, one particular piece of trivia is totally intriguing. Here’s the tiny deet that proves that Newt Scamander was actually at Hogwarts during the Harry Potter movies.

To find this small yet crucial hint, we need to take you back to Harry Potter and the Prisoner of Azkaban. When Ron’s twin brothers, Fred and George Weasley, show Harry the Marauder’s Map, it displays the location of every person at Hogwarts at that very moment. And who’s name do we see? Yep! Newt Scamander. This means that Newt was at the school during that particular moment.

We may not have gotten a glimpse of Newt onscreen (at least, not that we know of), but it looks like he was definitely present during the time of the first Harry Potter movies. Tiny deet, yet massively cool!

Though there’s no info on whose idea it was to add in this little clue, it’s definitely one more magical detail about the wizarding world that we adore.

What do you think Newt was up to while Harry was at Hogwarts? Tweet us @BritandCo!