Though the Government Is Temporarily Re-Opened, the Shutdown Aftermath Has Only Begun 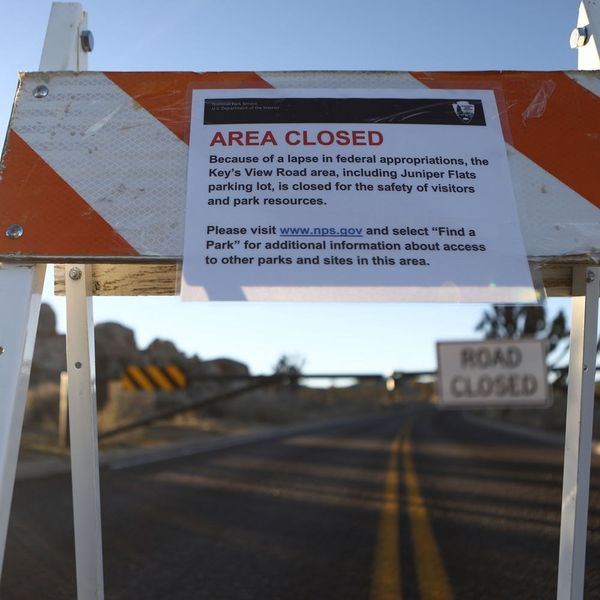 The longest partial government shutdown in US history finally came to a close after 35 days on Friday, January 25, when the president agreed to (temporarily) fund closed agencies. Now, Congress has just under three weeks to come up with a budget for the entire government, and also specifically for the Department of Homeland Security, which includes funding for “border security.” As President Trump continues to insist that Congress approve more than $5 billion in funding for a border wall, government agencies that were closed for weeks must begin to contend with the long-term consequences of the shutdown.

Time lost during the shutdown was critical for forest managers and firefighters who spend this time of year preparing for wildfire season. NPR reported during the shutdown that firefighters and forest managers had to delay hiring firefighters, carrying out trainings for firefighters, and working on projects that can prevent the spread of wildfires. These circumstances are especially alarming given that, throughout the shutdown, California was still contending with the impact of some of the deadliest and most destructive fires in the state’s history. Earlier in January, the president responded by threatening to cut FEMA funds to the state.

And there are other significant environmental implications. Multiple national parks and forests were trashed by careless visitors during the shutdown, when there were no federal employees caring for or managing the parks. Trash and human feces piled up on public lands as some took advantage of the lack of oversight to drive vehicles off-trail and into areas that are supposed to be protected from damage.

Collin O’Mara, president of the National Wildlife Federation, told Bloomberg that he’s heard about other instances of damage, such as to fossils and ancient rock carvings in Colorado and Utah, and poaching of birds in the Everglades, that have yet to be reported. Some of this damage can’t be undone. “These are natural ecosystems. We can’t just go out there and make it better,” a Wilderness Society spokesperson told Bloomberg.

Immigrants to the US who are awaiting their day in immigration court will also be impacted by the shutdown in the long run. According to TRAC Immigration, a non-profit research center associated with Syracuse University, immigrants who saw their hearings canceled due to the shutdown may have to wait years before the hearing is rescheduled. Some of the immigrants whose cases have been delayed may already have been waiting a number of years, according to TRAC. As of January 28, more than 67,000 scheduled immigration hearings cases had been canceled because of the shutdown.

Further, some are concerned that the shutdown will turn off an emerging workforce from pursuing careers in the federal government.

Roy Wright, who formerly worked for FEMA and is currently the president of the Insurance Institute for Business and Home Safety, told Bloomberg, “One of the really sour pills from this will be that long-term loss of a work force that is not interested in public service.”

Given that Trump only agreed to temporarily re-open the government, and is threatening another shutdown if he’s not happy with the funding bills Congress can come up with, federal employees and others interested in government work have good reason to be concerned.