Tom Hiddleston Just Confirmed Once and For All That He and T. Swift Are *Officially* a Couple 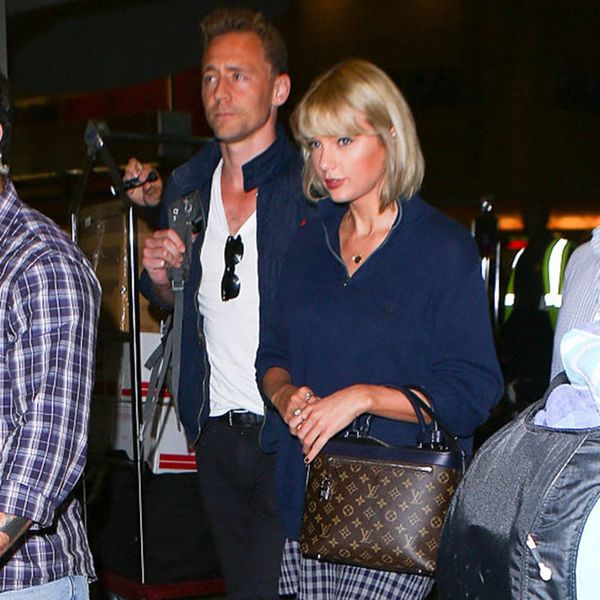 Since Taylor Swift and Tom Hiddleston were spotted making out on the beach in Rhode Island a few weeks ago, it seems pretty obvious the two are an item. They spent Fourth of July together. Tom wore an “I <3 Taylor” tee while hanging with all her friends, and they’ve already gone on like 20 romantic vacations together. However, as much as all the photos are spelling out just how together they are, neither Tay or Tom has *officially* confirmed the relationship… until now, that is.

While being interviewed by MTV on his Emmy nomination, he was unsurprisingly asked to comment on his relationship status. He’s been pretty awkward when asked about it in the past, but it looks like Tom has decided to come clean about his new boo. He told the reporter, “We are together and we’re very happy.”

What’s your take on this uber public relationship? Real or no real? Share with us on Twitter @BritandCo.