Planning a Vacay? You Might Want to Check Out ‘Travel By Drone’ First 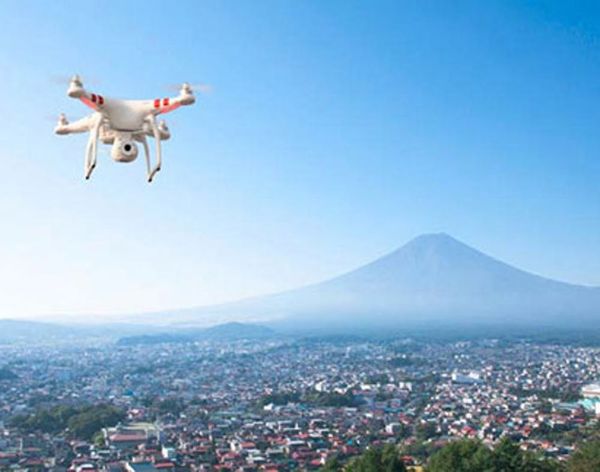 If you thought Google Street View was cool, get ready to be thoroughly impressed by Travel By Drone, a new site that is exponentially upping the interactive map game. Travel By Drone uses drone technology to transport us (via our web devices) to various locations around the world. And get this: It’s crowdsourcing all of the drone footage to grow the map.

On the Travel By Drone site, anyone can share YouTube videos of any location. Then, a pin (which looks like a little red drone) appears on the exact spot where the footage was recorded. After the video is added and the pin is in place, the Travel By Drone team will go in and review the video. If the footage is approved, the shared video will be made visible on the map so everyone can tune in.

So what does it take to get your videos validated?

1. Videos must be taken by a drone, not of a drone. (Why anyone would do this is beyond us… but, ya know… TROLLS.)

2. Footage must be good quality and clearly show the area over which the drone is flying.

3. Videos must be shot outdoors. Any indoor footage will be rejected.

4. Videos must be shot using personal drones. No military drone footage is allowed.

5. Videos cannot be promotional (i.e., they cannot promote a product or a political, religious or other personal message).

Now, we know what you’re thinking. Is this project a good idea considering the controversy surrounding the use of military drones? And aren’t there some privacy issues at play here?

First of all, Travel By Drone takes a strong stance by forbidding the publication of military drone footage. Only footage shot by personal drones will be published on the site, ensuring the video isn’t politicized in any way. Second, shooting aerial footage of a city or neighborhood using a drone is no different from a Google Street View Car driving down your street and recording images. This logic, along with the site’s rejection of any indoor footage, nicely covers the privacy bases (unless, of course, someone rigs their drone to gather personal and/or sensitive information like the Google car inadvertently did in 2010).

According to a Creators Project blog post, this interactive map is an awesome tool for travel agents and movie producers scouting locations, and it could become a valuable tool for assessing the damage of natural disasters. Personally, we think we might try it out by using it to scout out our next two-week vacay. Antarctica, anyone?

What foreign lands will you check out first? Tell us in the comments!

Samantha Andreacchi
A Bay Area native, Sam currently lives in Philadelphia and is loving the city of brotherly love. If she isn’t working, trying a new restaurant or window shopping on Walnut Street, she’s probably at home binging on Pinterest, making a mess in the kitchen (aka cooking) or trying to read three books at once.
Tech
More From Tech