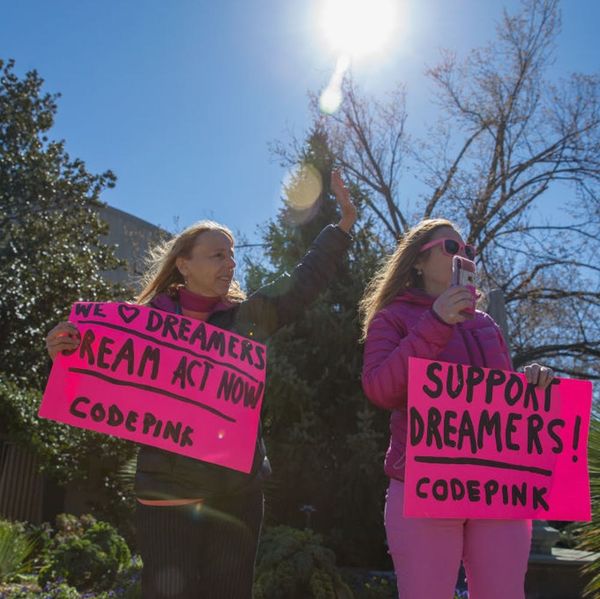 It’s been six months since President Donald Trump gave Congress a March 5th deadline to come up with a long-term solution for the Deferred Action for Childhood Arrivals (DACA) program, which he rescinded on September 5, 2017. Trump has said that it’s Congress’s job to “fix it” and claims on Twitter — time and time again— that nothing has been done. But that’s not entirely true.

Immigrant advocates have been fighting for DACA reform since day one. They’ve been at the nation’s capital and throughout the country demonstrating that immigrants matter. While Trump claims that the Democrats have done nothing to bring about change to a program he ended, the reality is Trump has shut down three bipartisan immigration bills that have been sent his way.

While two federal judges ruled in February that DACA needs to remain as a protection program for undocumented people, on Monday, however, another federal judge gave Trump a victory. Judge Roger Titus said that a challenge to stop Trump from ending DACA would be dismissed.

“This Court does not like the outcome of this case, but is constrained by its constitutionally limited role to the result that it has reached,” Titus said, according to The Hill. “Hopefully, the Congress and the President will finally get their job done.” He went on to say that “An overwhelming percentage of Americans support protections for ‘Dreamers,‘ yet it is not the province of the judiciary to provide legislative or executive actions when those entrusted with those responsibilities fail to act.”

Titus is correct about Americans approval of DACA and the hope that Dreamers can stay in this country. A recent poll conducted by CNN showed that 83 percent of Americans approve of DACA.

Trump’s March 5 deadline only shows that his word means very little. For now, immigrants and their allies will continue to do what they’ve always been doing: working hard to stay in this country.