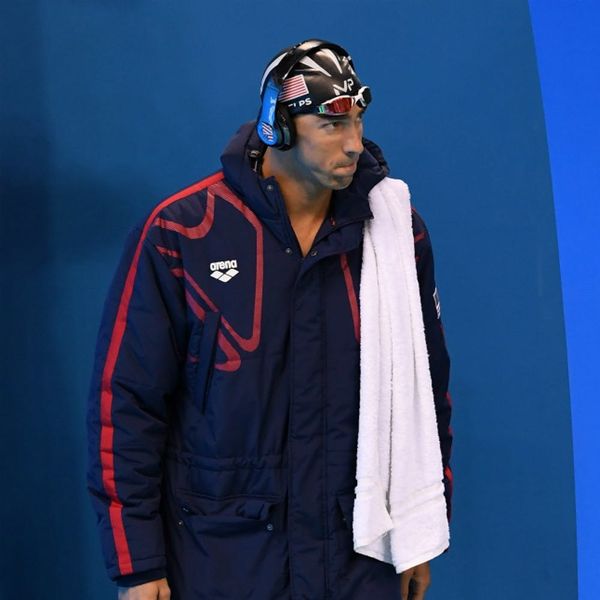 With the Olympics firmly underway, the Internet’s been going gaga over basically everything they can get their hands on. While there are some amazing women repping the US at the games, America’s top swimmer Michael Phelps is back this year and creating a buzz beyond his incredible Olympic record. The swimmer’s pre-race death stare is what’s got people dying all over Twitter, so sit back with your fave Brazilian cocktail and enjoy the savage reactions to Phelps’ Angry Face.

While some noticed an eerie similarity between Phelps and famous movie villains:

when you gotta win gold at 3 but take over the galaxy at 4 #PhelpsFace pic.twitter.com/HQHlgLqUUo

And, of course, our feelings on that Frank Ocean record that’s never coming:

When you really thought this was it this time, but then Frank Ocean fooled you again pic.twitter.com/uabCHeDKKc

Finally, someone (rightfully) pointed out that this face perfectly can sum it all up:

Kat Armstrong
Kat has been a writer, social media maven and mom for longer than she's willing to admit. She's also spent time in front of and behind the camera, interviewing celebs, politicians and acting as a producer for fashion and artistic photography shoots. When she isn't writing for various orgs and publications, she's hanging with her kids, husband and French Bulldog, Peter, in Toronto, Canada.
Olympics
Pop Culture
Olympics twitter