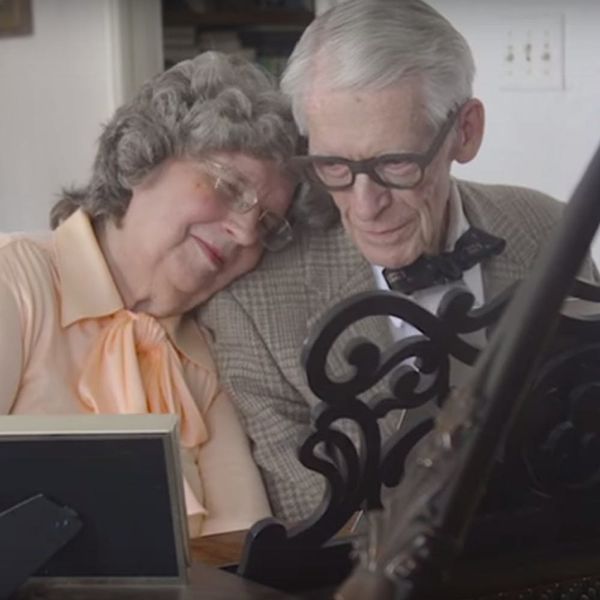 With just a snippet of that already classic song from Up our hearts immediately swell thinking about the adorable relationship that is Carl and Ellie. If you thought that sort of love was only the stuff of Pixar films you’re sorely mistaken, my friend. This elderly couple just created an anniversary video that’s sweet enough to make even the toughest of people shed a tear. Seriously, maybe don’t watch this if you’re really into how your makeup looks today.

The adorable video was created with the help of YouTube piano personality Jason Lyle Black. Jason’s 80-year-old grandparents have been married for over 60 years. The video begins with a shot of the couple’s house that totally looks like it could definitely belong in a Pixar film. Then Jason’s grandpa begins playing that heartwarming melody from Up effortlessly on the piano. His wife hears him playing and comes in to join him. What happens next is basically the cutest duet we’ve ever seen.

According to Jason, his grandparents have been playing piano duets together ever since they were first married. “My grandparents were very excited to be part of this video,” Black says. “It was so fun to work with them on it. I’ve loved their piano duets ever since I was a little kid, so this will be a family treasure for all of us.”

What is the best duet you’ve seen on Youtube recently? Share with us in the comments below.

Cortney Clift
Cortney is the senior writer and special projects editor at Brit + Co. She typically covers topics related to women's issues, politics, and lifestyle. When she's not buried behind her computer you'll find her exploring New York City or planning her next big adventure.
YouTube
Relationships
YouTube