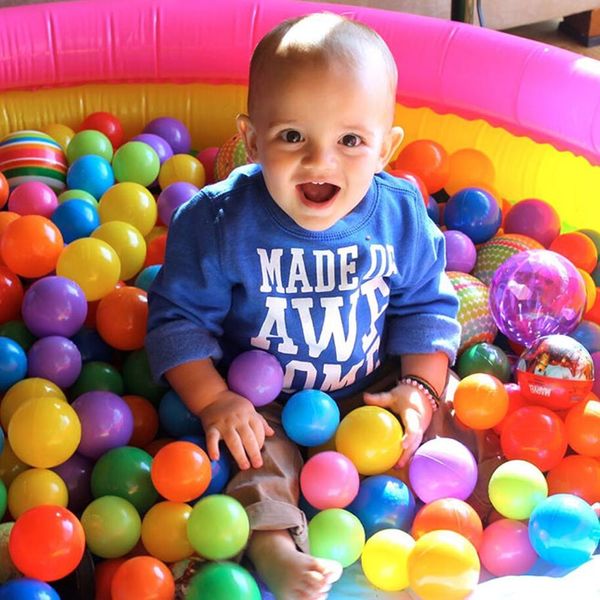 You know you’re a baby name nerd when half the fun of a new Disney Pixar film is the list of production babies.

As the credits rolled, I waited patiently. Accounting scrolled by, then Craft Services, until — finally! — the list of 87 children born to Pixar employees during the year Inside Out was finalized and released.

We could talk about Riley, of course, the name of the main character. Between this movie and Steph Curry’s scene-stealing daughter, the baby name Riley is having quite the summer. And Amy Poehler, the voice of Joy, is a great namer herself, the mother of Archie and Abel.

But production babies are a special category of baby names.

Ever since the studio put out their first feature-length film, Toy Story, way back in 1995, they’ve included the list.

The lists are just names — no genders, no sibling names, middles only when more than one child has the same first name. But the baby names tend to be different, even daring. Exactly what you’d expect from a creative field and especially from such a famously innovative studio.

Before we go any further, it’s time for a shout out to the fabulous Sarah of Names 4 Real. Sarah compiled the names after she heard me lamenting that I hadn’t thought to jot them down.

Let’s talk about some of my favorite names from 2015’s Inside Out, and then look at the full list.

1. Delphine — There’s a Delphine on sci-fi series Orphan Black, and actress Majandra Delfino has a daughter named Cecilia Delphine. It comes from ancient place name Delphi, and may also relate to the word dolphin. The name peaked in the US in the 1920s and 30s. Today it’s seldom heard, but given our affection for Genevieve and Josephine, the French Delphine fits right in.

2. Ellis — Ellis is another great ‘s’-ending surname name for boys, quickly climbing the US popularity charts. But given the popularity of Ella, Ellie and Ellison for girls, there’s no guarantee that baby Ellis is a boy.

3. Robert — At first glance, Robert is caught in style limbo — completely out of place with all of these creative, cool baby names. Except that Robert is the only one in the middle of multiple boys called Sam, Oliver, and Ryan. Are Robert’s parents strict traditionalists, unconcerned with trends? Or are they among the first to recognize upstanding, buttoned-down Roberts’ appeal and spark a revival?

4. Tess — Once upon a time, Tess was almost always short for Theresa. Now Tessa is the most popular form of the name in the US. But it’s just Tess on the Inside Out production babies list. It’s a spare name, feminine but frills-free. Tess is also part of the trend to eschew formal names in favor of putting the nickname right on the birth certificate.

5. Gray — File Gray with Tess: short names that need no additional syllables to feel complete. As a color, Gray is soft and understated. But as a name, Gray has a bright, upbeat sound. Grayson ranked number 63 in 2014, with plenty of other Gray names on the rise, too. The streamlined Gray might be the most stylish of them all.

6. Rosalind — Of course, not every family keeps it short when naming their children. The lovely Rosalind brings to mind Shakespeare’s As You Like It. It’s never been super popular in the US. Rosalind does seem like the kind of underused vintage gem that would make a creative parent’s shortlist.

7. Fisher — Is Fisher a family surname? A nod to a favorite hobby? I’d love to know, but all that I can say for sure is that Fisher is among the Inside Out production babies. It’s not the rarest name on this list, either. It’s ranked in the US top 1000 for most of the last decade, and ranked number 768 in 2014 — a new high.

8. Walker — Ends-in-‘r’ names for boys are big, and Walker is one to watch. It brings to mind the political family — it’s the middle name of both former presidents Bush. There’s Walker: Texas Ranger, so famously mocked as the inspiration for the kids’ names in Talladega Nights: The Ballad of Ricky Bobby. And, of course, it’s part of Luke Skywalker’s surname. Since Disney owns Pixar and Lucasfilm, the company that gave us Star Wars, it’s an easy connection to make.

9. Leia — Speaking of Star Wars, there’s a Leia in the list of production babies! It could be seen as a form of Leah, or boosted by the popularity of Layla. The Star Wars movies boosted the name, but it’s only in recent years that Leia has really caught on.

Are you inspired by any of these baby names? Weigh in on the comment section below.