Vanessa Hudgens Opens Up About Coping With Grief on Live TV 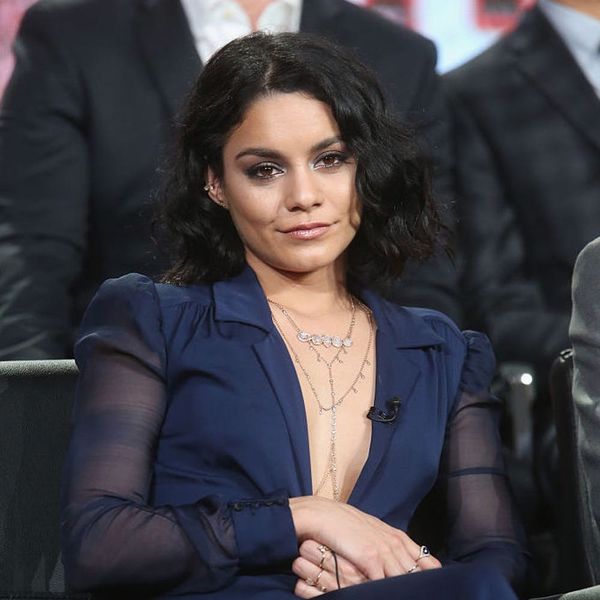 Two years ago, Vanessa Hudgens opened up about her father’s battle with stage-four cancer. “Let me tell you, I hate cancer,” she said in a speech at the 2015 Industry Dance Awards. “I hate cancer with every cell of my being.”

That same year, she posted a photo of her dad on Instagram and asked fans to “pray for his healing.” Sadly, Gary Hudgens lost his battle to cancer in January of this past year. Now Vanessa is opening up about her heartbreak in the latest issue of Women’s Health.

She recalls her mother’s strength as her father’s health was failing. “She took care of him and made him comfortable so he could pass away at home,” says Vanessa. “She is such a warrior.”

On the day Gary passed away, Vanessa was set to star in Grease Live! When she got the news, she was poised to perform in front of millions of TV viewers and decided to call on her father for strength. “My dad would not have wanted me to not do the show,” Vanessa tells the magazine. “I’m going to go out there, have a great time, do my best, and hope the world enjoys it, but most importantly, enjoy it myself.”

Thank you @womenshealthmag for having me on your cover! ✌🏼

While Vanessa continues to keep her father’s memory alive, she is more grateful than ever to spend time with her mom, Gina.

“She’s sunshine. She’s so sweet,” she says. “It’s where I got all my sweetness.”

Losing a parent is the hardest thing in the world but as Vanessa reminds us, they never leave your heart.