IKEA Is About to Make Vegans *Really* Happy 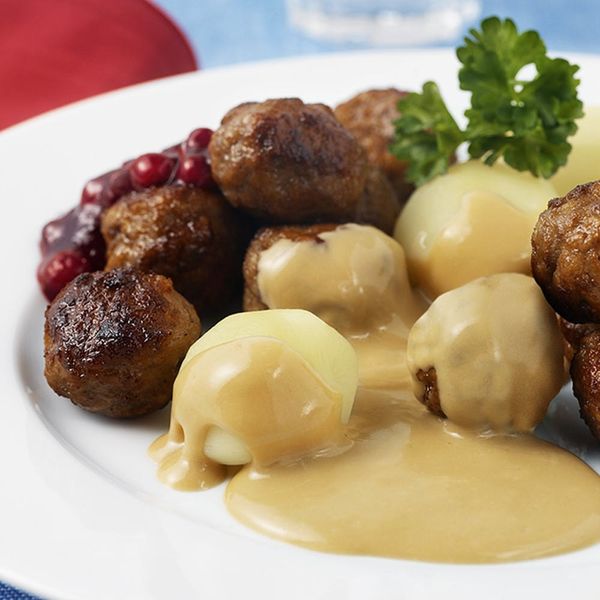 It’s good to be a vegan, especially this week. Hot off the high heels of Beyoncé’s announcement of her partnership with the home delivery service 22 Days Nutrition comes the news that IKEA is making it easier for vegans to indulge in their food at the company’s restaurant.

After announcing vegetarian meatballs last year, the Swedish furniture company received a friendly petition with more than 25,000 signatures from PETA requesting a vegan version of the famous balls. When PETA asks, IKEA listens. PETA announced on its blog that IKEA will be releasing vegan meatballs to all of its store restaurants in April — that’s a big W. Now if we can get the IKEA ice cream + cinnamon rolls vegan we (and Beyoncé) can basically enjoy a day’s worth of meals while we wander the warehouse.

While we’re pumped vegans can now savor the deliciousness of the Swedish meatballs in-store, we’re still waiting to hear when the take-home bags will be available so we can DIY our own IKEA experience. A homemaker’s work is never done ;)

Are you hungry for some vegan IKEA meatballs? Let us know in the comments.