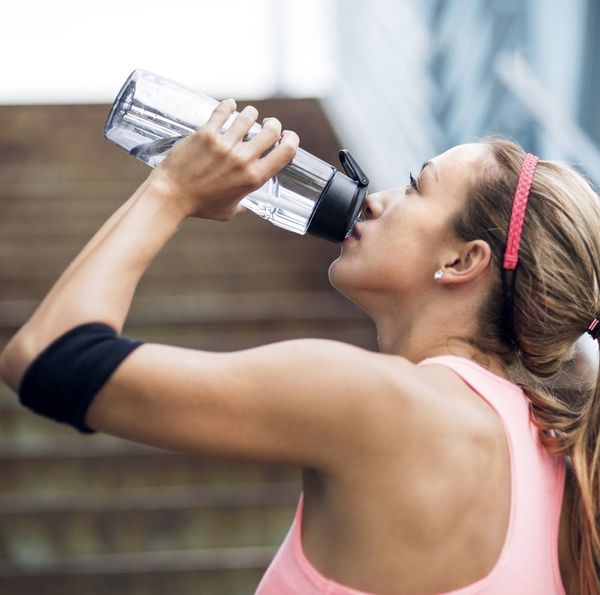 Keeping hydrated during the warmer months is beneficial for so many reasons (although you need to be sure not to overhydrate), and we all know that reusable water bottles are the eco-friendly choice, but ladies, it’s time to start scrubbing a little more vigorously. That’s because research has shown that water bottles breed a heck of a lotta germs. Like, more germs than a toilet seat. Yuck!

According to a study from Treadmill Reviews, drinking from a “refillable vessel was found to be ‘many times worse than licking your dog’s toy or from your dog’s water bowl.’” Ew!

To find their totally ick-worthy results, the mad scientists at Treadmill Reviews swabbed three water bottles of each conventional water bottle type: screw-top, slide-top, squeeze-top and straw-top, for a total of 12 swabs. Each bottle was swabbed after being used by an athlete for a week without getting washed, then the germed-up swabs were shipped off to a lab.

The numbers? Not pretty. The study found that the average water bottle has over 300,000 colony-forming units of bacteria, including some scary sorts, like E.coli and salmonella, as well as types of bacteria linked to skin infections, pneumonia and blood poisoning. Ick!

So what can you do to prevent this water bottle-based nastiness? Check out these DIY-able natural kitchen cleaners and get scrubbin’ after letting that sippy sucker soak.

Do you always have a water bottle with you? Will you be washing it a little more vigorously now? Tweet us @BritandCo!

Desiree O
Desirée O is a ‘Professional Bohemian’ who loves anything and everything related to the arts, entertainment, and pop culture. She ADORES being a ‘Newsy’ for Brit + Co, covering all of the latest tidbits of awesomeness that you want to read about. When she’s not writing, she’s either making messy art, going on long adventurous walks with her camera, or poking around over at bohemianizm (http://www.bohemianizm.com/). You can find out about Desirée O and her work at http://DesireeO.com/ or follow her on Twitter @DesireeO.
Healthy Living
Entertainment
Healthy Living
More From Entertainment