15 of the Weirdest, Wackiest and WTF-est Museums in America 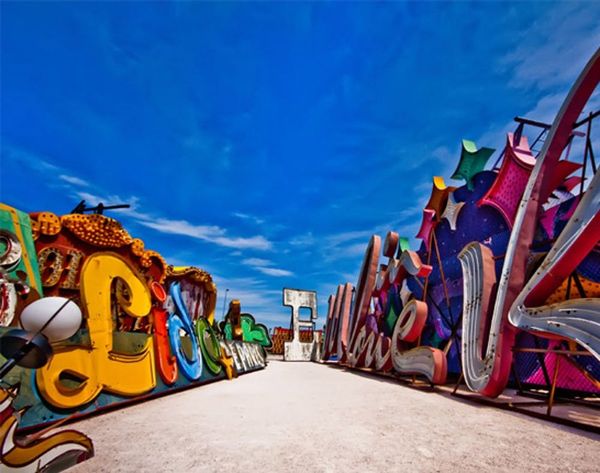 If you’re an art lover, there’s a museum for you. If you’re a history buff, there are plenty of museums for you (maybe even in your pocket). But what if you like the wackier side of life? Then look no further, because we’ve got you covered with some of our favorite weird museums across the country — just in time for your next road trip.

1. American Visionary Arts Museum: In Baltimore, MD, this museum prides itself on art created by self-taught artists. So get ready for the obsessively intricate drawings of an artist with OCD, elaborate outdoor sculptures and the greatest museum store ever. (via Panoramio)

2. Mütter Museum: A medical history museum well known for its oddities, Philly’s Mütter Museum is most famous for its collection of preserved human fetuses. Oh, and slides of Einstein’s brain. (via Mütter Museum)

3. The International UFO Museum and Research Center: Located where else but Roswell, NM, this museum chronicles the mysterious incident of July 1947. Whether you believe an actual UFO was in the sky that night or not, you’ll get some good photos here. (via Abigail Austin)

4. Museum of Sex: MoSex, on Manhattan’s 5th Avenue of all places, is not for the timid. If you’re curious about the sex lives of animals or you wouldn’t mind seeing walls of sex toys, then this could be your spot. (via Wikimedia)

5. National Mustard Museum: If you’re searching for the perfect variety of mustard, then look no further. To celebrate America’s second favorite condiment, Wisconsin’s Mustard Museum even has a mustard vending machine. (via Changes in Longitude)

6. International Cryptozoology Museum: Dedicated to the study of unknown animals — think: Bigfoot, sea monsters and the like — this museum in Portland, ME, presents all the evidence you need to decide for yourself if the Yeti is real. (via Mashable)

7. Chasing Rainbows Museum: In the heart of Dollywood in Pigeon Forge, TN, Dolly Parton herself opened this museum that chronicles her life and career thus far. See costumes from her movies and performances, and marvel at just how tiny her waist is. (via On the Road Again)

8. Museum of the Weird: Keeping Austin weird, the Museum of the Weird doesn’t disappoint with its collection of shrunken heads, a two-headed chicken and skeletons of creatures that may or may not be real. Don’t miss the gift shop for the perfect Austin souvenir. (via Clink Events)

9. The Neon Museum: Also known as the “neon boneyard,” Las Vegas’s collection of discarded but not forgotten neon signs makes for some amazing photo ops. They even offer a guided photo tour, so you’re sure to get the best shots. (via Julian Corlaci)

10. The Museum of Unnatural History: In a city known for its museums, it can be hard to find one that everyone hasn’t heard of. But this “museum,” which is actually the storefront for the DC chapter of an education nonprofit founded by author Dave Eggers, might fit the bill, from jars of “missing links” to cans of “primordial soup.” (via Informed Humane)

11. Birthplace of Kermit the Frog: Muppet lovers can find the birthplace of Kermit in Leland, MS. You’ll also learn about the childhood and career of his creator, Jim Henson, but we all know why you really came: Kermit swag. (via Flickr)

12. Museum of Mathematics: MoMath is an interactive museum for kids of all ages, so in you’re in New York City, stop by for an afternoon of educational playtime. It doesn’t get old. (via MoMath)

13. Leila’s Hair Museum: No joke, a hairdresser founded this museum in 1986 to display her talent for crafting jewelry and art out of human hair, including a few locks from celebrities. She brought back this art from the Victorian Era — it’s up to you to decide if it was worth the revival. (via Gallivant)

14. Stabler-Leadbeater Apothecary Museum: This historic apothecary has been preserved from its days in 1792 when it was founded by Quakers in Alexandria, VA. Step back in time to see its collection of hand-blown glass, medical equipment, archives and more. (via Alexandria Talks)

15. Celebrity Lingerie Hall of Fame: Located upstairs at the Frederick’s of Hollywood on Hollywood Boulevard in LA, this small collection features lingerie worn by some of the greatest: Marilyn Monroe, Elizabeth Taylor, Madonna and more. While you’re there, you might as well pick up a piece of iconic lacy lingerie for yourself. (via Judy Garland Database)

Got a favorite WTF museum that we missed? Let us know in the comments below; we hate being out of the loop ;)

Amanda DiGiondomenico
Amanda is a freelance writer and graphic designer who blogs about living a stylishly nerdy life at The Spendicate. A lifelong resident of Baltimore, MD, Amanda is an art school dropout, who managed to earn a masters degree in nonfiction writing. On the weekends, she's an expert guacamole maker, a novice jogger and an intermediate yogini.
road trip
Budget Friendly Home
road trip
More From Budget Friendly Home