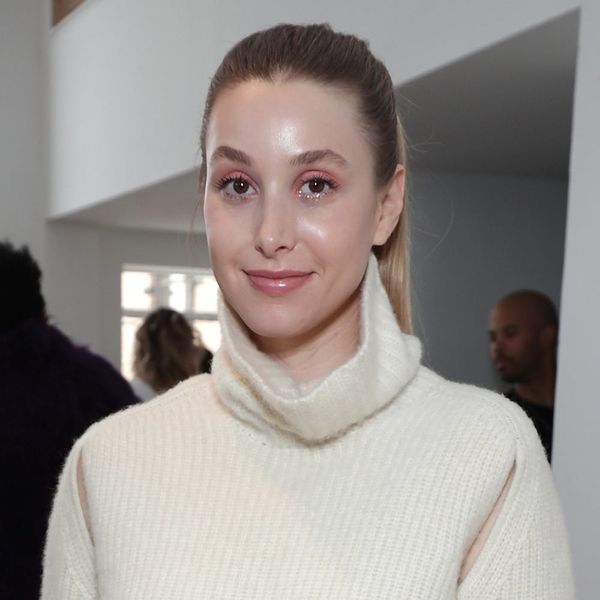 In the world of celebrity baby announcements, there’s a lot of “reveals” to be made. First, there’s the initial baby announcement. Then typically comes a gender reveal, followed by a birth announcement, name reveal, and, of course, the first baby pic.

There’s one reality starlet that has no intention of following through with the second step of the process, however, revealing that she’d prefer her baby’s gender to be a surprise: The Hills’ Whitney Port.

Port announced her own pregnancy not long after former co-star Lauren Conrad did the same, but says she and husband Tim Rosenman have decided to keep their baby’s gender a secret. After all, as she explained to People, “It’s only one of two options, so it’s not that crazy! You’re kind of prepared either way.” That’s not to say that she hasn’t given consideration as to which she’d rather have, though. “At first I was like, ‘I really want a boy, they seem so much easier,’” she told the outlet. “And then now I’m like, ‘I think I really want a girl.’ So you go back and forth, but obviously at the end of the way all you want is a healthy baby. I don’t care what I get.”

The houseware designer (Port is launching a disposable dishware collection with Cheeky that will hit stores March 27) does concede that her decision has made shopping a touch more difficult.

Oh hey! Just standing by the window in my underwear, with a BABY in my belly!!! 🤰🏼 DM me if you know what I'm supposed to do with this thing for how ever many years I'm supposed to be in charge. Check out my blog for a little letter from me & Timmy and for more behind the scenes of this crazy journey!!!! We are sooooo excited!!!! 📷: @colemoser

“It’s made buying anything harder,” she shared. “But so many brands are gender-neutral now, so I think you just buy the necessities and wait until you find out to buy the specific things.”

It also may make things slightly tougher on the loved ones the 32-year-old says she will most likely be relying on to help throw her baby shower — no blues or pinks here! “I don’t really want to organize it,” Port admitted to the outlet. “I’m thinking some sort of coed barbecue, or something a little less traditional.”

You do you, Whitney!

What do you think of Whitney’s decision to keep her baby’s gender a secret? Tell us @BritandCo.