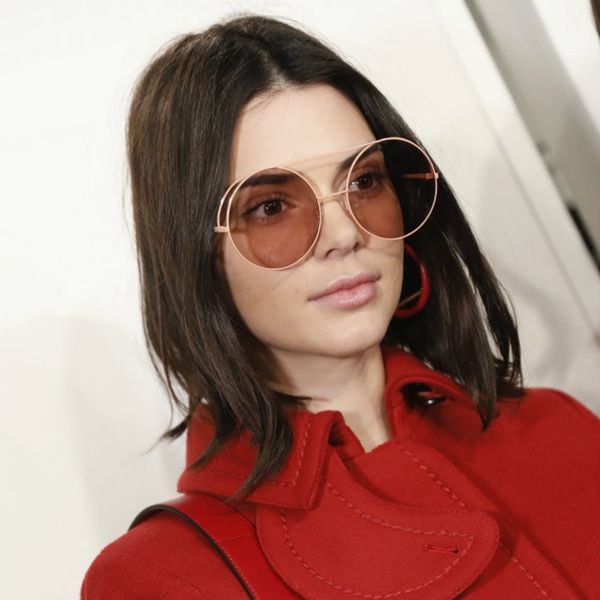 Talk about a marketing mishap.

Almost immediately after Pepsi released its already-infamous Kendall Jenner ad yesterday, the internet collectively lost its mind. One thing is clear: The company’s decision to get in on the political discussion has NOT gone according to plan. Protests have become an increasingly common part of our 2017 political climate, and activists and regular folk alike aren’t thrilled to see a major corporation try to cash in on hot-button issues like #BlackLivesMatter or the Women’s March.

Within minutes of Pepsi’s commercial release, the internet was buzzing about the misstep.

Some just totally destroyed Pepsi’s decision-making skills. Others pointed out that it’s sort of ridiculous to just be able to open a can of Pepsi and solve all the world’s problems.

Everyone at Pepsi headquarters right now about who green lighted the Kendall commercial pic.twitter.com/eNeEahebUT

the pepsi marketing department when they watched the kendall jenner ad for the first time pic.twitter.com/zSz1y4u0IP

Footage of pitch meeting with Pepsi and Kendall Jenner: https://t.co/Q3L2owQ7uC via @YouTube

How I imagine the @Pepsi executives right before they decided to make this ad with Kendall Jenner. pic.twitter.com/NcQIxHJVJq

We've been protesting #BlackLivesMatter & all we needed was Kendall Jenner opening a Pepsi? Well, sh*t. #worldpeacehttps://t.co/qQPuSHEBzx

Even Martin Luther King Jr.’s daughter Bernice got in on the conversation:

If only Daddy would have known about the power of #Pepsi. pic.twitter.com/FA6JPrY72V

Others are reminiscing about how good other celebrity-focused Pepsi ads were (mostly starring Bey):

this Pepsi commercial will forever be iconic pic.twitter.com/ODItYDdlrk

And leave it to Rosario Dawson to point out how similar it is to a video she did 15 years ago… which Pepsi obviously missed the point of:

Eerily reminiscent of Chemical Brothers"Out Of Control"vid we shot in Mexico City ~15 yrs ago sadly minus the point: https://t.co/LTI9mJ7zjS https://t.co/DqBjKdQylS

What do you think about corporations getting political? Tell us @BritandCo!

Kat Armstrong
Kat has been a writer, social media maven and mom for longer than she's willing to admit. She's also spent time in front of and behind the camera, interviewing celebs, politicians and acting as a producer for fashion and artistic photography shoots. When she isn't writing for various orgs and publications, she's hanging with her kids, husband and French Bulldog, Peter, in Toronto, Canada.
Kardashians
Pop Culture
Kardashians
More From Pop Culture