Amber Rose Just Broke Her Silence on the Taylor/Kanye Feud 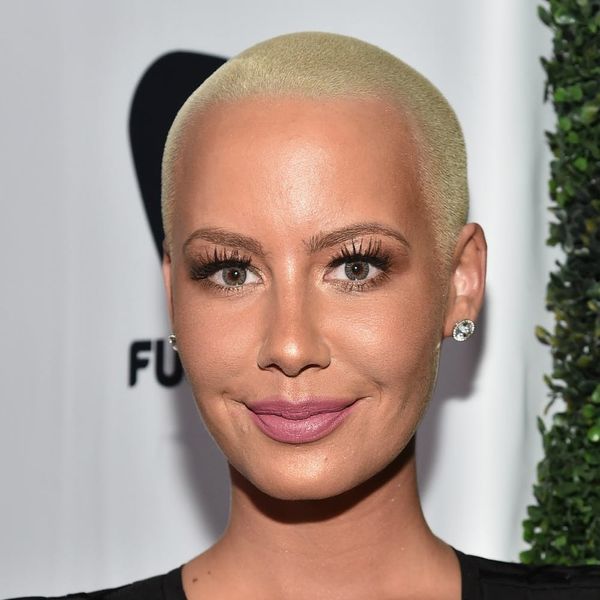 Amber Rose has always been one to speak her mind, so we were pretty surprised when the normally outspoken host of VH1’s The Amber Rose Show decided to keep relatively mum following the release of her ex Kanye West’s “Famous” video. As one of the 12 celebs to be portrayed, well, nude in the mini film, Amber might have unleashed a tirade of epic proportions, and yet none came — not even when the drama heated up between Kanye and another of the video’s stars, Taylor Swift.

Tonight, however, Amber is breaking her silence on the whole sitch, delving into that now infamous taped phone call between her ex and Taylor on tonight’s episode of her show, and we have to say, we were NOT expecting her reaction.

While Amber made it clear that she was no Kanye cheerleader (“I’m not the biggest fan of Kanye,” she begins), she went on to say that she’s kinda’ sorta’ on his side with this one — despite recently speaking out on Taylor’s behalf with regard to her current relationship status — at least as far as the song itself is concerned.

Explaining that she was actually on Kanye’s arm the night he so famously interrupted the pop singer during her big VMA moment in 2009, Amber goes on to recount the aftermath of Kanye’s snafu. “I remember Taylor’s mother and father coming up to us and saying ‘One day, Kanye, you’re gonna’ have a daughter and somebody’s gonna’ do that to you. And he was so remorseful. I mean he really felt so bad because it wasn’t about Taylor. It was about Beyoncé and her video.”

She also recalls the wrath that Kanye faced from his peers in the industry, naming instances where Lady Gaga canceled a scheduled tour with the rapper, and others that just flat out refused to work with him at all. “It was a very, very hard time for him, and I was around to see that… He really went through a lot of bullsh*t,” she says. “I know that Kanye would never, ever go through that again by not calling Taylor… I know that about Kanye.”

That doesn’t mean that Amber condones all of the rapper’s actions, however. “Why didn’t I get a phone call for you using a naked wax figure in your video, Kanye? Taylor gets a call, but I don’t get a call?”

Hear Amber tell it herself in this clip from tonight’s show:

Are you shocked by Amber’s stance? Tell us over @BritandCo!