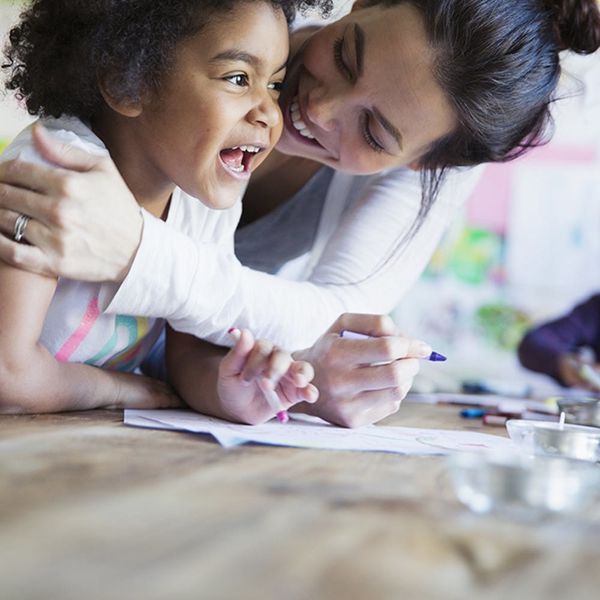 Once upon a time, you vowed to never, ever, ever act like your mother. But then you actually started adulting and realized your mama is pretty rad. And maybe it was around that same time you also realized your kiddo was taking that same, “I’ll never be like my mother” vow. Don’t stress if you’re not the “cool mom.” Chances are most moms (except maybe for celebs like Chrissy Teigen or Blake Lively) are destined for a parenting life that’s far from cool… and that’s completely okay.

5 Reasons Why It’s Cool to be the uncool mom

1. You’re kind of goofy. The years of baby talk, dancing to wildly irritating children’s bands, and pretending that you’re an animated dinosaur have turned off your embarrassment sensor. While your tot was totally into your goofy ways, by the time you have a three-nager, your kiddo may start their pre-pre-pre-pre-teenage eye rolling ways.

Don’t worry, though. Whether your kiddo is the bees’ knees (which, incidentally, is not at all cool to say), your S.O. has natural charm, or Aunt Kate or Uncle John have you beat, not everyone in the family has to be the cool one.

2. They’ll always know more about kid, tween, and teen stuff. You can read about the latest and greatest toys, shows, videos, music, or anything else that your kiddo is into. But that doesn’t mean you have the same level of insider knowledge that the younger set does. But someday, they’ll come around. While it may take years (or decades), you’ll eventually regain that cool factor in your child’s eyes, and they’ll appreciate you and everything that you’ve ever done for them.

3. There’s a natural generation gap. Think back to your own youth. Maybe your mom constantly spouted sayings such as, “totally tubular” or “that’s so rad!” without really knowing what she was talking about. Chances are you’ll do the same thing. Oh, and you’ll probably use words and phrases that were retired at least two years ago.

As much as you’d love to bridge the line between friend and mom, closeness doesn’t equal coolness. (But that probably won’t stop you from trying.) That is, the fact that your mommy-ing duties preclude you from being your kiddo’s BFF won’t put a pin in your need to act like a friend. And that will automatically make you uncool in your child’s eyes.

4. You’re a grown-up. There really isn’t much more to say here. You’re an adult. Your child is a child. Even though you’re not exactly middle-aged, as far as your child is concerned, you may as well apply for an AARP membership.

Being cool was IT in your teen years, but that was a different version of you — a version who constantly cared about what other people thought, would change their beliefs based on what their friends thought, felt uncomfortable about acting independently, and got a poodle-esque perm because everyone else was doing it. Now that you’re an official adult, trying to impress everyone just doesn’t hold the same level of importance.

5. You need to enforce the rules. Bedtime is at 9pm sharp — and your kiddo needs to turn off all screens at least one hour before. Being the enforcer is certainly not cool in your child’s eyes, but it’s also totally necessary. When being the hip mom takes precedence over just about everything else, everyone loses. Caving to the kid just to seem cool means that you’ll lose battle after battle. While your child may think they have it made, the constant caving can quickly lead to serious spoiling.

Does your child think you’re the cool or uncool mom? Share your thoughts and tweet us @BritandCo.

Erica Loop
Erica Loop is a freelance writer living in Pittsburgh. When she's not busy creating kids' activities for her blog Mini Monets and Mommies, you can find her trying to hang out with her teenage son, being chased by her two Olde Boston Bulldogs or teaching a children's karate class (she's a third degree black belt!).
New Moms
Parenting
New Moms Parenting
More From Parenting