Is This Why Lorde Isn’t Performing at the 2018 Grammys? 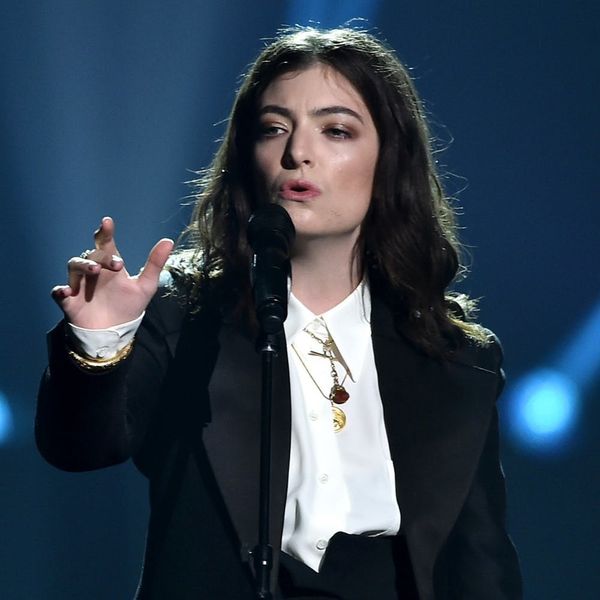 The 2018 Grammys have a pretty stellar lineup of performers — including Kesha, Kendrick Lamar, Childish Gambino, Elton John and Miley Cyrus, Bruno Mars and Cardi B, SZA, and Lady Gaga — but one major name is missing from the list: Album of the Year nominee Lorde.

Lorde is the only female artist in the category, which also includes nods for Kendrick Lamar’s DAMN, Childish Gambino’s Awaken, My Love!, JAY-Z’s 4:44, and Bruno Mars’ 24K Magic. And according to new reports, she was also the only one who wasn’t asked to do a solo performance.

Sources told Variety and TMZ that the Grammys approached the “Green Light” singer about performing with other artists as part of a tribute to Tom Petty, but that, unlike the rest of her fellow Album of the Year nominees, she was not offered an opportunity to perform her own music. As a result, she reportedly declined to take the stage at all (which is totally understandable).

JAY-Z is the only other artist in the category who has not been confirmed for a performance, but both Variety and TMZ report that he was asked to do a solo set. The other three nominees — Kendrick Lamar, Childish Gambino, and Bruno Mars — are all due to take the Grammys stage during Sunday’s ceremony.

Lorde herself has not commented on the reports, but her mom, Sonja Yelich, tweeted a telling excerpt from a New York Times article about the Grammys, which noted that Lorde wouldn’t perform and that only nine percent of the nearly 900 people nominated over the last six years have been women. “This says it all,” Yelich wrote.

this says it all –@nytimes January 26, 2018 pic.twitter.com/R3YdHwieXf

Lorde previously spoke about being the only female artist in the category, telling Billboard, “It’s crazy I’m the only woman in my category, and I feel very proud of that. I’m wearing that mantle for sure. But I’m also stoked that I’m in there with four incredible artists of color — it’s a big moment for the Grammys. It’s exciting when these institutions move in the right way. To me, that is a huge victory.”

What do you think about the reports that Lorde wasn’t asked to perform her own music? Tell us @BritandCo.