Another Steve Jobs Movie?! 5 Women in Tech Who Deserve Biopics 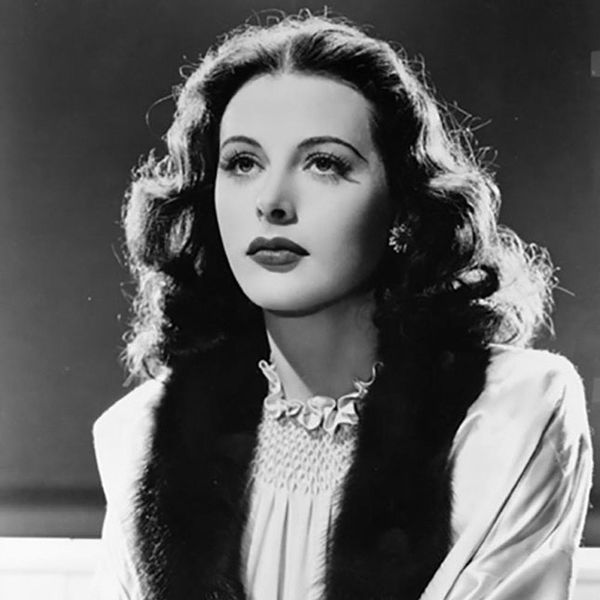 Michael Fassbender is a good actor (and a gorgeous human) BUT another Steve Jobs movie?! Steve Jobs is an innovator we respect and certainly look up to (we would def die without our iPhones) but we’re ready for a flick that celebrates and details one of the many women in tech who have made blockbuster-worthy contributions as well. Movie makers, if you’re reading, here are our picks for women who deserve their own biopic.

1. Hedy Lamarr: Hedy was a foxy AF actress from Austria who was a bonafide movie star who macked on hotties like Jimmy Stewart and Clark Gable. Cool and all, but Hedy also helped invent a transistor system that helped soldiers send secret messages during WWII. This transistor invention was hugely influential in forming the kinds of mobile phones we have today. (Photo via Hedy Lamarr)

2. Ada Lovelace: Ada had an impressive resume that included being the daughter of super sexy poet Lord Byron, being a freaking sweet duchess and working as a baller mathematician. She collabed with inventor Charles Babbage on the world’s first computing machine. Her contributions to that invention eventually lead to the technology that gave us the modern computer. (Photo via Biography.com)

3. Evelyn Boyd Granville: EBG is wicked smart and was one of the first black women to earn a Ph.D. in mathematics. She teamed up with NASA and created a computer software that helped send some of the first satellites into space. She went on to have crazy prestigious positions at IBM and later became a professor of math and science. The notorious EBG is still alive today so she could easily consult on this movie if/when it gets made. (Photo via Engineeringhistory.tumblr.com)

4. Sister Mary Kenneth Keller: Um, guys, did you know the first women ever to get a Ph.D. in computer science was a freaking nun? Sister Mary Kenneth Keller was a nun who was all “this God stuff is fun but what about computers?” back in the ’60s. MKK eventually created her own computer language that made it easier for people who weren’t scientists and mathematicians to write code (which is probably why she’s looking smug as hell in that pic). (Photo via Mental Floss)

5. Admiral Grace Hopper: Grace was a professor at Vassar before joining the Navy at the start of WWII. While in the military Grace not only achieved the rank of Admiral she also helped invent the first compiler of computer languages. She is also responsible for coining the phrase “debugging” which she came up with one day when a moth flew into a computing machine and broke it. Also if you say you’ve seen a cuter or more bada** picture than this one I will call you a liar to your FACE. (Photo via Wikipedia)

Which women do you think deserve their own movie? Tell us in the comments!

Molly Sanchez
Molly Sanchez is a writer, comedian and lover of burritos everywhere. She has written for The Bold Italic, Liquid Bread, Thrillist and HelloGiggles. She devotes her time to Bloody Mary research, exploring San Francisco and promoting wide spread shower beer awareness and appreciation. Find her on Twitter @seriousmolly trying to get famous people to laugh at her jokes or on Instagram @mollyfuckingsanchez where she swears a lot.
Tech