Women Talk About Giving Up Alcohol 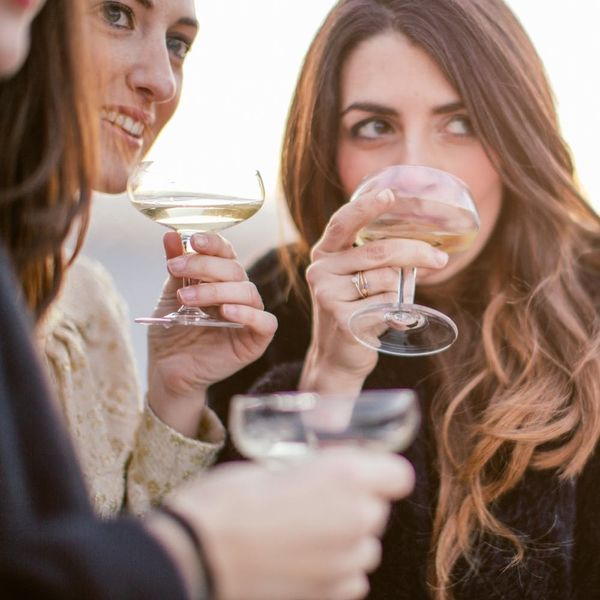 A couple of years ago, there was a conversation sparked by an essay in Quartz about why women drink alcohol. The piece received mixed reviews, in large part because, well, lots of people drink for a lot of different reasons. Similarly, people cite all sorts of factors for deciding to give up or abstain from alcohol. For some, giving up drinking is for dietary reasons, physical health concerns, or mental health issues. Sometimes it’s because someone becomes addicted to alcohol and needs to quit.

Anne T. Donahue, a writer in her thirties who identifies as an alcoholic tells Brit+Co that she started drinking when she was a teenager. “Like most teens, I didn’t have a healthy learned relationship to alcohol. I drank to get drunk,” she says.

Donahue tells us the “a-ha moment” that finally prompted her to get sober came in her twenties after she drove home drunk one night and could not remember the drive the next morning. “I realized I wasn’t in control anymore and I stopped.”

Most women drink at least a little bit. According to the National Institute of Health (NIH), 60 percent of women drink at least one drink per year. The NIH further states that 53 million women consume alcohol in a potentially harmful way. It used to be the case that men drank more than women, and were more at risk for alcohol-related health issues. But among millennials, as many women drink as men.

Donahue is an alcoholic, but not everyone who gives up drinking or seriously reduces their alcohol consumption has an addiction. However, it seems many women give up alcohol in order to improve their lives in some way.

Elizabeth Millard, a 50-year-old yoga teacher and writer, says she decided to give up drinking 18 months ago for a number of reasons related to both her physical and mental health. She tells us that while she was drinking, she experienced, “Lots of bloat, bad sleep, lethargy during the day from slight-to-killer hangovers, and the physical effects combined with regret, feeling a lack of control, self-doubt, sadness, and anxiety.” She adds that she eventually realized she wasn’t just drinking as “‘a way to relax’ or a celebratory thing, but more like a heavy obligation.”

Millard tried to just cut back on drinking before she gave it up altogether. “I did a couple years of attempting moderation strategies, but those made the situation worse, weirdly. When I tried to moderate, I spent way too much time doing negotiations and math every day, as in, ‘If I go out to dinner, I’ll have two glasses of wine, but if I stay home then I’ll allow myself to have three, but what if I have four today and then none tomorrow? And what if I go to a place that has a stingy bartender? Do I count two glasses as one?’ It was exhausting living in my head during that time.”

For Kat K, a cosmetologist and mom, giving up heavy drinking four years ago at the age of 24 was mostly a decision she made to improve her mental health. “I stopped drinking regularly because it was like everything I had an issue within my life could always be attributed to alcohol in some way,” she says. “I always felt like when I was drinking to ‘help’ with my anxiety or depression, but at the end of the night it seemed to expand those issues even more, and put [my problems] on the back burner. I was raised by an alcoholic mother who died of liver cancer, and now I have my own daughter and never felt right about dealing with my anxiety and depression through a bottle.”

She tells us that after seeking therapy to address depression and anxiety, she has “literally never been happier.”

Millard and Donahue also told us their lives were better after they stopped drinking. Millard says that along with physically feeling better, other things in her life improved as well.

“I’ve discovered that my memory has improved tremendously,” says Millard. “My relationship with my partner is tons better, since she’s not a drinker and once said she felt like she ‘lost me’ after 5 pm every day,” she tells us. “My moods are much more stable, I’m less prone to ping between rage and despair.”

Donahue says that since she stopped drinking five years ago, she still goes out to parties and dinners, and also has learned to face her problems head-on, instead of drinking to escape.

“The only way things have changed is that when something bad happens, I actually have to deal with it,” she tells us. “When my uncle died, I had to deal with it, for example. It’s made me have to look at things right in the face, which is not super fun, but you move on.”

Alcohol can be a nice way to unwind or a compliment to a good meal, but it can also cause a number of health concerns. From physical harms to worsened mental health issues, there are a number of reasons to be mindful of alcohol consumption. While giving up alcohol altogether may not be for everyone, for some women it’s the right step for better overall health.

Elizabeth King
Elizabeth King is a politics, history, and culture writer based in the Twin Cities. She is generally pretty cranky but still enjoys traveling, music from the early 2000's, and plotting the resistance. Feel free to say hi on Twitter at @ekingc or check out some of her work at www.elizabethcking.com.
Taking Care
Womens Health
Taking Care Womens Health
More From Womens Health