Heidi Montag and Spencer Pratt Are Expecting Their First Baby 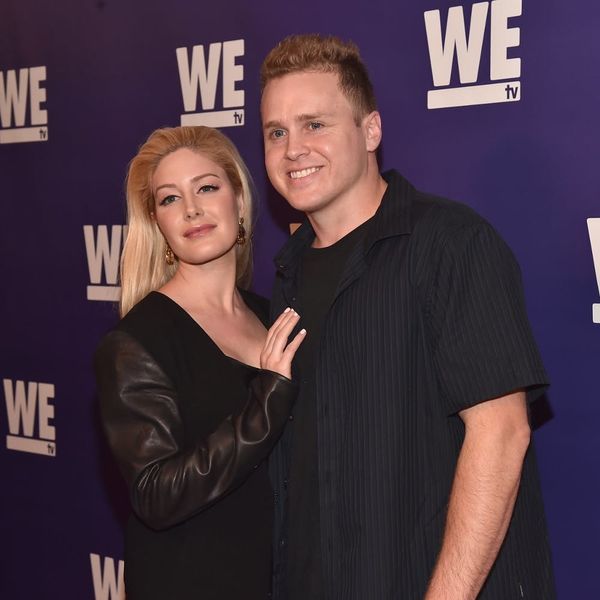 Heidi Montag and Spencer Pratt are going to be parents! That’s right — with The Hills alum Lauren Conrad and Whitney Port both preggo ATM, and Audrina Patridge already celebrating milestones like her baby girl walking, it seems like Heidi didn’t want to be left out of the fun. And now she’ll surely get an invite to the mom party, as she’s expecting her first baby with hubby, Spencer Pratt.

While the couple has endured a rollercoaster of fame and financial woes since their days on The Hills (FYI: Pratt currently sells crystals online while waiting for a new reality TV gig), 30-year-old Heidi Montag and 33-year-old Spencer Pratt have revealed that they had *just* decided to start trying to get pregnant when, BOOM!

Exclusive: @spencerpratt and @heidipratt are expecting a baby! Hit the link in our bio and pick up the new Us Weekly for details on how they found out and what they're doing to prep for parenthood 💕

Pratt revealed to Us Magazine that he woke up one day and got out of bed only to find Montag “just standing there. The look on her face, I can’t even describe it. She was literally glowing,” he said of his wife of eight years. Though, he didn’t quite catch on right away. “I thought she was about to say she made muffins or banana bread.” Granted, there *was* a bun in the oven. “Heidi said, ‘I’m pregnant.’ I was like, ‘Whoa, that’s way more exciting than banana bread!’”

Already 12 weeks along, the little one is set to arrive on October 19, which means we can expect a pretty darn adorable Halloween pic of a newborn Speidi baby.

Did you (or do you want to) have babies at the same time as your besties? Let us know @BritandCo!

Desiree O
Desirée O is a ‘Professional Bohemian’ who loves anything and everything related to the arts, entertainment, and pop culture. She ADORES being a ‘Newsy’ for Brit + Co, covering all of the latest tidbits of awesomeness that you want to read about. When she’s not writing, she’s either making messy art, going on long adventurous walks with her camera, or poking around over at bohemianizm (http://www.bohemianizm.com/). You can find out about Desirée O and her work at http://DesireeO.com/ or follow her on Twitter @DesireeO.
Celebrity Baby
Celebrity News
Celebrity Baby Halloween
More From Celebrity News