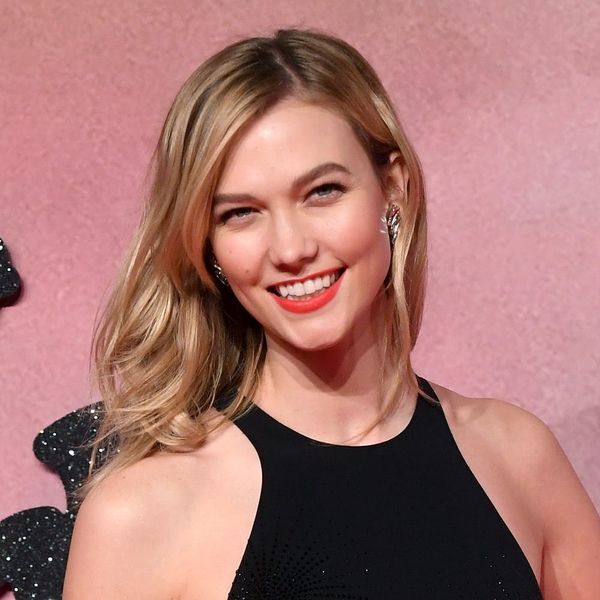 The year is ending off quite nicely for Karlie Kloss, hanging out at the VMAs just days before appearing in the Victoria’s Secret fashion show. But now it looks like Karlie is not only still globe-trotting, popping up in Sydney, Australia, but she’s also rocking a very different look which makes her almost unrecognizable.

Posting a pic of herself sipping a soda on Instagram, she added the simple caption, “g’day mate .” Appearing as if she’s behind-the-scenes on some sort of fashion biz-related sitch (the curtains and racks kinda give it away), she could also just be out on a shopping trip. But really, that’s totally irrelevant, because we’re all about her hair.

We have to assume this very ‘70s-retro hairstyle is courtesy of a wig, but still, whoa!

Bangs chopped just above her eyebrows, her usual long length is noticeably shorter and curls under at her shoulders. Tuck it behind her ears and Karlie would totally be pulling off a Michelle-Pfeiffer-in-Scarface kinda vibe. And we’re totally into it.

What do you think about Karlie’s hair? Tweet us @BritandCo!

Desiree O
Desirée O is a ‘Professional Bohemian’ who loves anything and everything related to the arts, entertainment, and pop culture. She ADORES being a ‘Newsy’ for Brit + Co, covering all of the latest tidbits of awesomeness that you want to read about. When she’s not writing, she’s either making messy art, going on long adventurous walks with her camera, or poking around over at bohemianizm (http://www.bohemianizm.com/). You can find out about Desirée O and her work at http://DesireeO.com/ or follow her on Twitter @DesireeO.
Celebrity Hair
Celebrity News
Celebrity Hair Karlie Kloss
More From Celebrity News