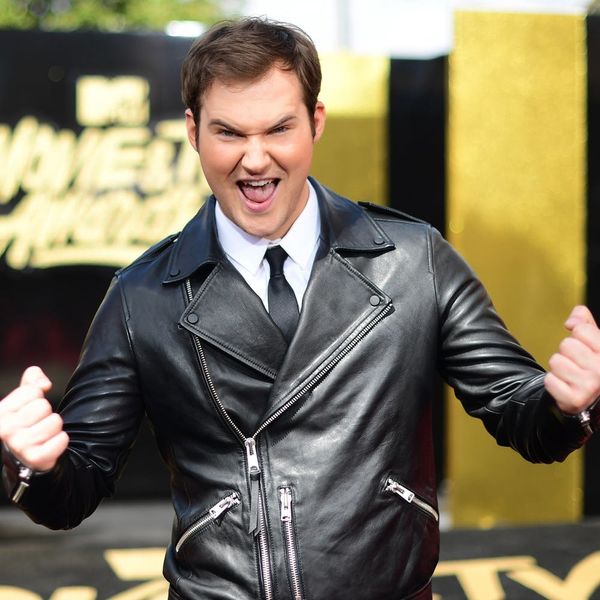 Ever since its release at the end of March, 13 Reasons Why has gotten plenty of love… along with plenty of hate too. But love it or hate it, 13 Reasons Why is set to come back for a second season — a second season starring both the characters we love and the ones we love to hate. If you’ve watched the show, you may already hold the opinion that Bryce Walker is the absolute worst. Today Justin Prentice, the actor who portrays Bryce, tells us he’s totally fine with that.

The subject of Hannah Baker’s 12th tape, Bryce would be a hard character to not hate. Bryce has done much more grave damage than having a bad attitude; he (spoiler alert!) raped not one, but two of the 13 Reasons Why characters. He did so much damage that another character went to the extent of recording a 14th tape of Bryce confessing to his rape. It’s easy to imagine how difficult portraying such a character would be.

“As an actor, I love playing something kind of outside of who I am as a real person…” Prentice tells E! News. “It is a challenge and I love a challenge, so it’s rewarding in that sense just from an acting standpoint.”

Prentice wasn’t one for social media before the show, but he’s taken it up quite a bit since. More social media means it’s easier for upset fans to voice their opinions, but Justin’s cool with it. “There were a few of the hate comments on social media, which is kind of wonderful because it means I guess I did my job,” Prentice explains.

It’s awesome to see that, even though Bryce is an awful dude, Justin is approaching the role with the gravity it deserves. Whether we like it or not, we’ll be seeing Bryce Walker again in season two of 13 Reasons Why.

Are you excited for the second season of 13 Reasons Why? Let us know @BritandCo!

Rachel Davies
Rachel Davies is a writer, curator, and editor. Apart from writing, Rachel loves to read, take Greyhound buses, and drag her friends to museums every weekend. You can find Rachel over on Twitter @rachelcomplains.
Netflix
TV
Netflix
More From TV