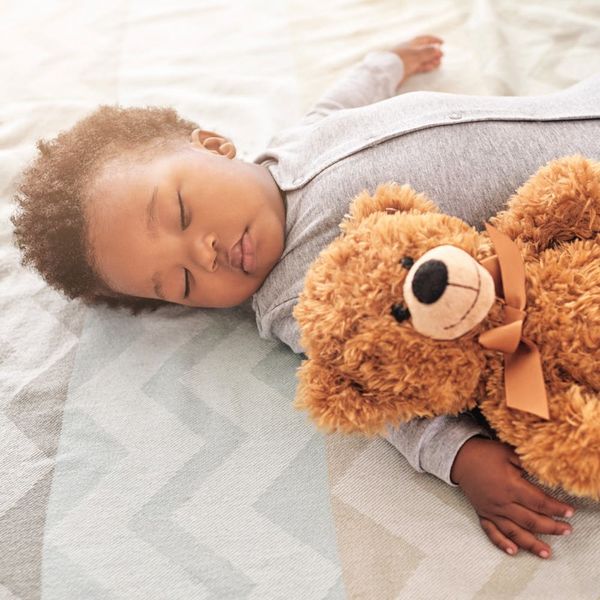 Mini names are having a moment. Mia and Ava rank in the US girls’ Top Ten, and baby names like Max, Leo, Ian and Eli are all popular for boys. It’s a minimalist approach to naming children, and a stylish one too. So which little creative baby names are the next big thing? Scroll on for the rising stars of this category, in three letters or less.

1. Ivy: This name is as botanical as Violet, and every bit as vintage too. Poison ivy might give some parents pause, but now the name is more associated with Beyoncé’s Blue Ivy. At Number 129, Ivy is more popular than ever. Ivy is also associated with the number four, via the Roman numeral IV.

2. Ada: Ada is close to glamorous Ava, but has a different vibe. Pioneering mathematician Ada Lovelace is a worthy namesake, and the name is a cousin to the very popular Adeline/Adelaide names, too. Ada currently ranks Number 357, but was a Top 100 choice around the year 1900.

3. Mae: Sweet and simple, this name brings to mind springtime. Sometimes short for Mary or Margaret, it’s also spelled May — as in the merry month. Screen legend Mae West was born Mary Jane. Today, Mae stands at Number 589, a rise of nearly 400 places since 2010.

4. Liv: Liv owes something to the popularity of Olivia, but it’s more than a nickname. It’s also a Scandi staple with Old Norse roots. In modern Scandinavian languages, Liv means life. Unheard in the US until the last few years, it currently stands at Number 720. Another imported mini name possibility? Luz, the Spanish word for light.

5. Noa: Old Testament Noah is the top name for boys in the US. Noa isn’t just a feminine form of the popular pick — it’s a feminine name in the Bible, used for a daughter of Zelophehad. A long-time number one name in Israel, Noa is now up to Number 762 in the US.

6. Ann: Anna is Frozen, Ana is español, and Anne is Green Gables. Three-letter Ann is as traditional and spare as Claire or Jane, but even shorter. As of 2015, Ann is the least popular of the Ann- names, but is gaining in use, up to number 893. Fellow mini Ana is also on the rise, while the longer Anne and Anna have slipped.

7. Asa: If you’re crushed that Ezra and Asher are so popular, this name of an Old Testament king could be for you. It’s more traditional than Ace, but less expected than Eli. Asa currently stands at Number 531.

8. Ari: A-i mini names Ali and Avi rank too, but Ari is a particularly appealing choice. With separate roots in Hebrew and Norse, Ari could mean lion or eagle. It’s also short for any Ari- name. Entourage’s Ari Gold made the name widely familiar, and it is now up to number 402 — a new high.

9 + 10. Max and Dax: Max, of Where the Wild Things Are fame, has been huge. Jax followed Max, and now it is Dax’s turn. We first met Dax as a character in The Adventurers, a 1970s bestseller by Harold Robbins. That’s how actor Dax Shepard got his name. Dax currently ranks number 549.

11. Bo: If three letters make a cool mini name, is just two letters the coolest of them all? In the late 1970s, Bo was part-Bo Derek, part-Dukes of Hazzard. Now it’s more popular than ever at number 616. The only other two-letter name to rank is another mini name for boys: Ty.

12. Sam: Minimalist baby namers with an eye to tradition can skip Samuel, Joseph and Benjamin, and name their sons just Sam, Joe and Ben. Jon also ranks in the US Top 1000, but other options, like Tom, Dan, Cal, Gus, Ike, Rob and Ned remain rare. Sam is at number 554.

13. Rex + Rey: Boy names that rule, like King and Messiah, are on the rise. Factor in the mini names trend, and it’s no surprise we’re meeting boys called Rex, the Latin word for king, and Rey, the Spanish equivalent. Rey is also the name of the (female) hero from the new Star Wars series.