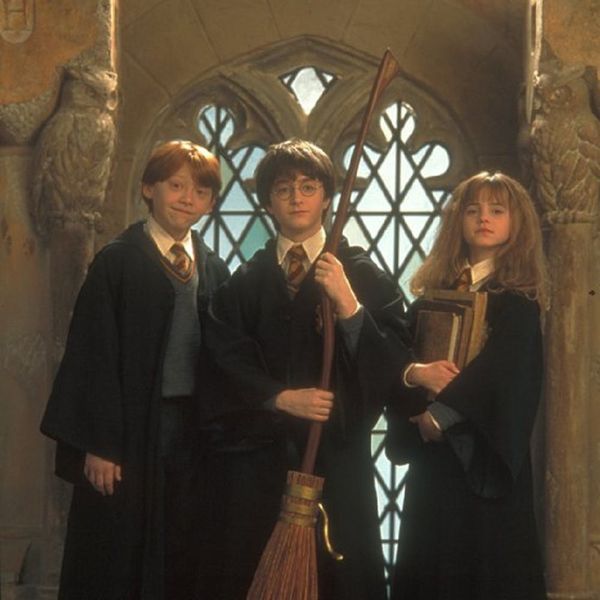 Are you ready to go back to Hogwarts?

Instead, let’s look at — what else! — the Harry Potterbaby names that have caught on (or not) in the 19 years since we first met an 11-year-old wizard named Harry Potter.

Luna Lovegood was introduced in book five, released in 2003. The name means moon in Latin and Spanish. It’s the breakout hit of the series, entering the US Top 1000 the same year the character debuted, and climbing to Number 110 as of last year. Chrissy Teigen and John Legend named their new daughter Luna. So did Penelope Cruz and Javier Bardem.

Heroic Kingsley Shacklebolt first appeared in the same book. Kingsley has since climbed to Number 747.

The Next Generation: Albus and Scorpius

We learn in book seven’s epilogue that Harry married Ginny Weasley and they had three children. Harry’s former nemesis, Draco Malfoy, is a dad, too. Their sons, Albus Potter and Scorpius Malfoy, will be in the same year at Hogwarts.

Both names are significant. Albus was named for legendary Hogwarts headmaster, Albus Dumbledore. Scorpius’s celestial name comes from a constellation, just like Dad.

Neither name has seen much use in the real world.

Scorpius and Draco are members of an aristocratic wizarding family with a tradition of favoring celestial names, like Andromeda, Arcturus and Cygnus. Draco, the name of the dragon constellation, saw some use as soon as we met young Malfoy in 1997.

Sirius Black is Draco’s cousin and Harry’s godfather. As with Draco, a few parents quickly adopted the star name for their sons.

While Draco and Sirius remain well outside of the US Top 1000, they’re at their most popular in 2016.

Obscure but Appealing: Garrick and Cedric

Maybe the biggest thrill of any Harry Potter book for name lovers is finding the unforgettable names attached to relatively minor characters.

Cedric Diggory competed against Harry in book four. Despite the character’s appeal, it’s one of the Harry Potter names that hasn’t become more common.

Garrick is even more obscure. The given name of Mr. Ollivander, Diagon Alley’s storied wandmaker, Garrick is a rarity with some history, briefly popular from the 1960s into the 1990s.

Dozens and dozens of other rarities are mentioned throughout the soon-to-be eight-book series.

V Is for Victory: Neville, Lavender, Ginevra and Victoire

Many of JK Rowling’s magical names feature the letter V. Harry’s classmates include Neville and Lavender. In the US, Neville hasn’t increased in use since 1997, while Lavender has.

There’s also Ginevra, better known as Ginny. The Italian form of Guinevere was extinct in the US before Harry Potter. The future Mrs. Potter has a starring role beginning with book two, published in 1998, though her name remains rare.

Fans of the series might also think of Victoire, daughter of Bill and Fleur Weasley. Her name, the French form of Victoria, honors her date of birth — the anniversary of the Battle of Hogwarts.

Professor Minerva McGonagall shares her name with the Roman goddess of wisdom and war. Last heard in the Top 1000 in the 1970s, it’s ready for a comeback.

As for Hermione, how can it be that the brave and brilliant witch hasn’t inspired more namesakes? Long before JK Rowling, Shakespeare used the name for a character. It has increased in use modestly since 1997, though it remains well outside the US Top 1000.

British Olympic gold medalist in sailing, Ben Ainslie, and his TV presenter wife, Georgie, recently welcomed daughter Bellatrix. It’s a night sky name, but it also belongs to one of the series’ most unrepentant villains. Despite the link, a few dozen girls have been given this gorgeous name in recent years.

Lucius Malfoy, dad to Draco, is another villain. Similar to popular boy names Luke, Lucas and Luca, Lucius has been gaining in use since the Harry Potter series’ early days. Now there’s another fictional character by the name: Empire’s patriarch, Lucious Lyon.

As Seen Elsewhere: Sybill and George

Not every Harry Potter name owes its success to JK Rowling.

Hogwarts professor Sybill Trelawney was introduced in 1999. Since then, another British phenomenon emerged: Downton Abbey. The youngest Crawley sister and eldest Crawley grandchild were both named Sybil. The name remains outside of the US Top 1000, but has risen steadily — probably thanks to the latter; it’s Number 291 on Nameberry.

Then there’s George, one of Ron’s mischievous brothers. While the name George has risen in recent years, magic is not the explanation. This time it is all about the 2013 birth of Prince George Alexander Louis of Cambridge, future King of England.

Traditional and Trending: Rose and Harry

Many of the series’ names are bold, intended for members of another world. But not always.

Harry is an everyman name, accessible and informal. Already popular in the UK prior to the first book’s release, Harry became the country’s Number One name, and has charted in the Top Ten most years since the series began.

In the US, Harry has never recovered from its peak in the late nineteenth century, though Harrison and Henry are quite popular. Still, the release of book eight creates another opportunity for parents to reconsider the name.

Other traditional names from the books that have fared well in recent years include several Weasley family members, like dad Arthur and brother Charlie.

The breakout star of the new book might be Rose. The brilliant Rose Granger-Weasley is a Hogwarts student in the new installment, and classmate of Albus and Scorpius. An early twentieth-century favorite, the flower power name has risen steadily in recent years. One more admirable Rose might be all it takes to push this name back into the Top 100.

Do you have any favorite Harry Potter names that didn’t make this list? Tweet us @BritandCo and let us know!