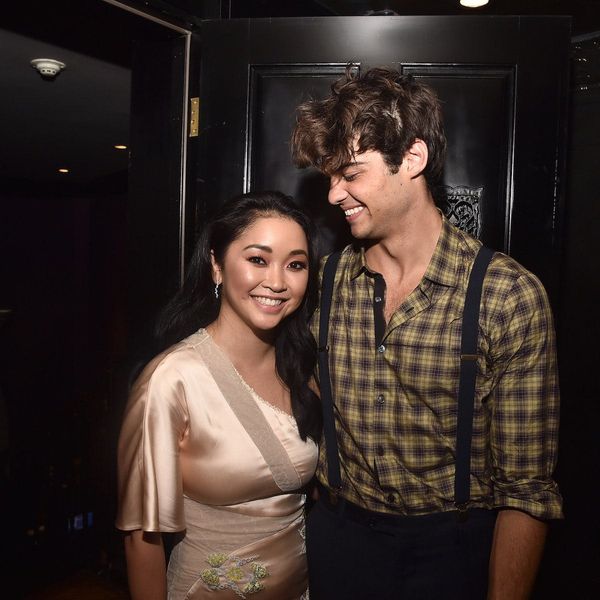 As 2018 winds down, we're looking back at the biggest moments in pop culture over the last 12 months — some of which belonged to people we didn't even know a year ago, like Hannah Gadsby and Henry Golding. Fortunately, we know them now, and we can't imagine this year without them. Click through to see the biggest breakout stars of 2018. (Photos via Getty Images)

Awkwafina: Rapper-actress Awkwafina wasn't completely unknown to audiences before 2018, but this was by far her biggest year ever. After scene-stealing roles in not one but two of the most talked-about movies of the year — Ocean's 8 and Crazy Rich Asians — she hosted SNL in October, becoming just the second-ever Asian woman to do so and the first since Lucy Liu hosted in 2000. Her career shows no signs of slowing down, either: She's set to appear opposite Eiza González and Emma Roberts in Paradise Hills in 2019, and she'll lend her voice to the upcoming Angry Birds Movie sequel out next summer. (Photo via Presley Ann/Getty Images)

Henry Golding: Like his costar Awkwafina, Golding had star-making turns in two major films in 2018: Crazy Rich Asians, where he played Constance Wu's handsome leading man, and A Simple Favor, which costarred Blake Lively and Anna Kendrick, the latter of whom told Brit + Co that Golding was going to be "such a freaking Brad Pitt megastar." Not bad for a guy who was previously known mostly for his work as a TV host for travel shows. Expect to see more of him in the coming months and years: He's already booked roles in Hong Khaou's Monsoon and Paul Feig's holiday rom-com Last Christmas. (Photo via Alberto E. Rodriguez/Getty Images)

Noah Centineo: No list of 2018 breakout stars would be complete without Centineo, who made audiences fall in love with him in two Netflix rom-coms, To All the Boys I've Loved Before and Sierra Burgess Is a Loser. His easy charm and Mark Ruffalo-esque good looks catapulted him to superstardom seemingly overnight, inspiring countless tweets and headlines that breathlessly proclaimed him (and his To All the Boys character, Peter Kavinsky) the internet's new boyfriend. Whose heart didn't skip a beat when he spun Lana Condor around by the back pocket of her jeans in the lunchroom scene in TATBILB? Look for him in the upcoming Charlie's Angels reboot, and in at least two episodes of the upcoming Fosters spinoff, Good Trouble, where he'll reprise his role as Jesus Adams Foster. (Photo via Jon Kopaloff/FilmMagic)

Lana Condor: Despite all the (well-deserved) hype around Noah Centineo, To All the Boys I've Loved Before was really Condor's time to shine. As Lara Jean Covey, Condor was the rom-com heroine we — and she, as an Asian-American woman — had always wanted. Of course Peter Kavinsky fell in love with her. How could he not? Condor will likely reprise the role in the rumored TATBILB sequel, but in the meantime, you can see her as badass assassin Saya Kuroki in SyFy's upcoming series Deadly Class, which premieres in January. (Photo via Alberto E. Rodriguez/Getty Images)

Hannah Gadsby: Although she was relatively well known to audiences in Australia and New Zealand prior to 2018, Gadsby broke out in the US with her Netflix stand-up special Nanette. A powerful, provocative piece of storytelling, Nanette deconstructs the very idea of comedy to get to the heart of what it conceals or brushes aside — the devastating reality just beyond the punchline. For Gadsby, that reality includes rape culture, homophobia, toxic masculinity, and her own personal trauma with all three. Ironically, the show was meant to be something of a farewell tour; Gadsby says in her set that she intends to quit comedy. But thanks to the overwhelming response to the special, she's sticking around a little while longer. And we can't wait to see what she does next. (Photo via Gregg DeGuire/Getty Images)

Letitia Wright: From her Emmy-nominated turn as Nish on Black Mirror's "Black Museum" episode, to her breakout role as Shuri in Black Panther and Avengers: Infinity War, Wright has been everywhere lately. (She also appeared in 2018's The Commuter and Ready Player One, as well as in Drake's "Nice for What" music video, which featured the likes of Olivia Wilde, Misty Copeland, Issa Rae, Tracee Ellis Ross, Tiffany Haddish, Yara Shahidi, and Zoe Saldana.) Fortunately for us, and the countless young women she's inspired, she's sticking around: She's set to reprise her role as Shuri in Avengers: Endgame. (Photo via Neilson Barnard/Getty Images)

The Fab Five: In a year of so much horror and heartbreak, Queer Eye's Fab Five — Bobby Berk, Karamo Brown, Tan France, Antoni Porowski, and Jonathan Van Ness — were a desperately needed source of light and love, not just for the people they made-over on their show, but also for those of us watching (and crying) at home. If you haven't yet jumped on the bandwagon, seasons 1 and 2 (both of which premiered this year) are available on Netflix now, and season 3 is in the works for sometime next year. Honestly, we'd watch a million seasons, but we're grateful for any time we get to spend with these guys. (Photo via Kevin Winter/Getty Images)

Zazie Beetz: Though she's been a series regular on Donald Glover's Atlanta since 2016, Beetz really hit her stride in 2018. After a spotlight-stealing performance as Domino in this summer's blockbuster Deadpool 2, the German-born star scored a Primetime Emmy nomination for Outstanding Supporting Actress in a Comedy Series for her role as Vanessa on Atlanta. Next up: high-profile parts in the upcoming Joker movie, Steven Soderbergh's High Flying Bird, Pale Blue Dot (opposite Natalie Portman), and Against All Enemies (with Kristen Stewart). (Photo via Frazer Harrison/Getty Images)