A ‘To All the Boys I’ve Loved Before’ Sequel Is in the Works! 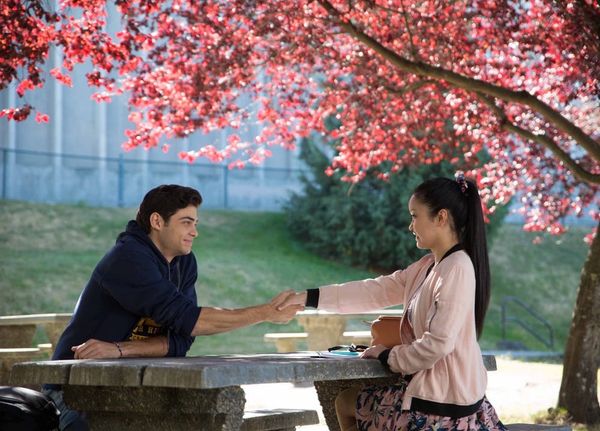 We’ve been eagerly awaiting news of a sequel to Netflix’s To All the Boys I’ve Loved Before, pretty much since the first time we saw Lana Condor and Noah Centineo on screen together, and it looks like our patience is being rewarded. On Tuesday, November 27, director Susan Johnson seemingly confirmed reports of a follow-up in a post on Instagram.

Alongside a screenshot of a Collider article reporting the sequel news, Johnson added the caption, “Well, the cat’s out of the bag! Thanks for the support, everyone!!! It’s all you!”

Her post followed a story from The Hollywood Reporter regarding a major deal between Netflix, Paramount, and A24, in which the latter two have agreed to produce original films for the streaming service. According to THR, the TATBILB sequel is one of the movies in discussion as part of the deal, but it may be a while before the film actually makes it to our screens.

Johnson previously told Entertainment Tonight that a sequel would likely align with the second book in Jenny Han’s trilogy, picking up where the first installment left off. As fans know well by this point, To All the Boys I’ve Loved Before ended with a mid-credits scene featuring the return of John Ambrose McClaren, one of the boys who received one of Lara Jean’s confessional letters.

Johnson talked to ET about the implications of John’s reappearance for Peter and Lara Jean, saying, “The struggle of what that means and not having a contract and trust — all those issues that they talk about on the field at the very last scene. Relationships are hard to navigate and they’ll find themselves in one. And they’ll discover what the next person might bring in John Ambrose McClaren.”

Are you excited about the To All the Boys I’ve Loved Before sequel? Let us know @BritandCo!

Desiree O
Desirée O is a ‘Professional Bohemian’ who loves anything and everything related to the arts, entertainment, and pop culture. She ADORES being a ‘Newsy’ for Brit + Co, covering all of the latest tidbits of awesomeness that you want to read about. When she’s not writing, she’s either making messy art, going on long adventurous walks with her camera, or poking around over at bohemianizm (http://www.bohemianizm.com/). You can find out about Desirée O and her work at http://DesireeO.com/ or follow her on Twitter @DesireeO.
Movies
Streaming
Movies Netflix
More From Streaming