This 3-Ingredient Baked Breakfast Is Healthy and Delicious 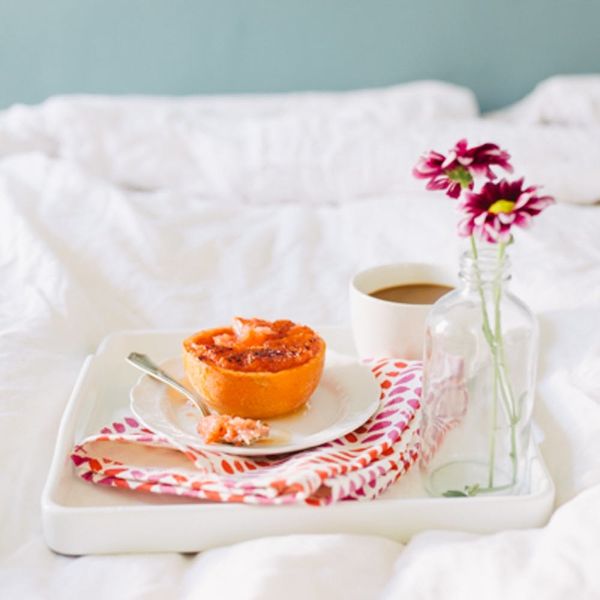 Gone are the days of sad diet breakfasts consisting of black coffee and grapefruit. Today, as a part of National Grapefruit Month, we’re putting a delicious spin on grapefruit that’s perfect for winter. This three-ingredient breakfast (yes, only three!) can be whipped up in less than 20 minutes and is ideal for cozy winter mornings at home in your PJs.

1. Start by turning on the oven and setting it to broil.

2. Cut the grapefruits in half, hamburger style.

3. Using a paring knife, slowly cut between the fruit and rind and also cut along the individual segments. This will make it easier to eat later!

4. Drizzle honey all over the top of the cut grapefruit.

5. Lightly sprinkle cinnamon on top of the grapefruit.

6. Broil for about 15 minutes, or until lightly browned.

Cut your grapefruits in half. Using a paring knife, slowly cut between the fruit and rind and also cut along the individual segments. Drizzle with honey and top with a sprinkling of cinnamon.

If you have different temperatures on your broiler, turn it to high.

By pre-cutting it, the wedges practically pop out of the grapefruit themselves.

Who would’ve thought cinnamon and grapefruit would be so good together?!

What’s great about this is that you can customize the breakfast to your liking. Like it more tart? Then add less honey.

Want something more decadent? Put a pat of butter on top of the grapefruit before you drizzle honey.

Show us how you put a healthy spin on breakfast by tagging us on Instagram with the hashtag #iamcreative!

Nanette Wong
Nanette is an all around food enthusiast who loves transforming basic everyday foods into something delicious, and of course, full of sprinkles. You can see more of her at www.nanettewong.com.
Breakfast Recipes
DIY Recipes
Breakfast Recipes Healthy Living Healthy Recipes
The Conversation