51 New Emoji That Could Come Your Way 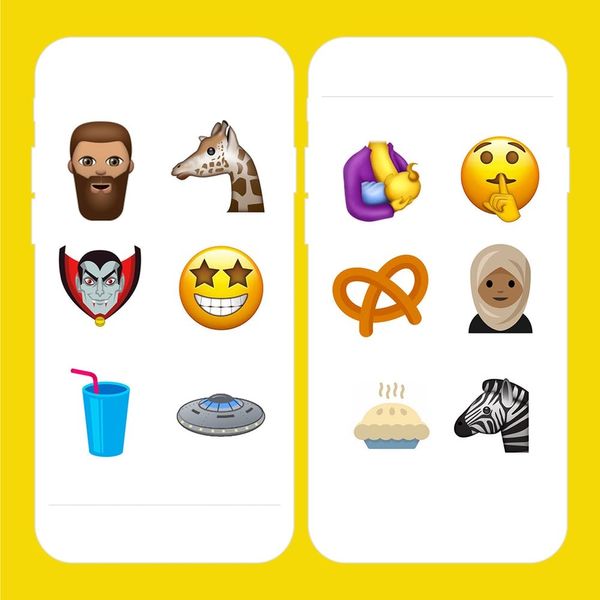 In our minds, the adding of new emoji has kind of become like adding a new word to our language. And it looks like, come next year, we could all add 51 new “words” to our texting vocabulary.

The Unicode Consortium (the emoji overlords) has released a proposal for 51 new emoji to be included in next year’s release of Emoji Version 10.0. The emoji are getting more and more representative of diversity every time a new version appears, and the newest one up for proposal is a woman wearing a hijab. Fingers crossed that this one gets approved. The emoji was proposed by a group of people concerned about the representation of Muslim women. There’s also a breastfeeding emoji that could get approved.

There are also some unexpected and fun emoji. Apparently, people were requesting more winter sports be represented in the emoji line-up, so a sled and a curling disk are now up for vote. And the Ministry for Foreign Affairs in Finland has requested that Unicode add a man and woman in a sauna. There’s also a meditation emoji, a fairy and a zombie up for vote.

The emoji are due for approval in May 2017, and if approved, we can expect to start seeing them appear on our phones by June 2017. Then you’ll be able to tell someone that you’re eating a sandwich while breastfeeding in a sauna using only emoji.

Which emoji are you most excited to use? Let us know @BritandCo!